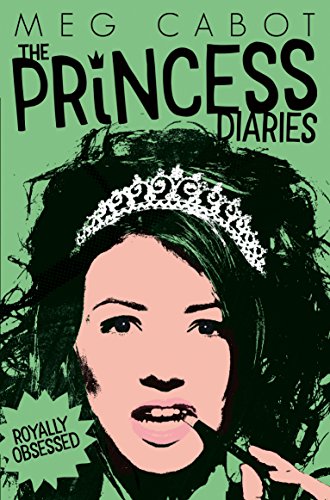 Used Price
$11.69
Free Shipping in the US
The fourth novel in the hilarious, bestselling The Princess Diaries series
Reviews:
Trustpilot
Very Good

Mia and Michael are finally an item, but her totally out-of-control Grandmere seems to have other plans . . . Just before the happy couple's first hot date, an unmissable royal engagement turns up. Could it be that Michael doesn't measure up - and that (please not!) Grandmere's got someone else in mind for Princess Amelia Mignonette Grimaldi Thermopolis Renaldo?

Previously published as Mia Goes Fourth, Royally Obsessed is the fourth novel in the hilarious, bestselling The Princess Diaries series by Meg Cabot - with a gorgeous cover to celebrate the series's fifteenth anniversary.

The Princess Diaries series continues to be phenomenally successful fifteen years after its first publication. After topping the US and UK bestseller lists for weeks and winning several awards, Meg Cabot was crowned the 'reigning grande dame of teenage chick lit' by The New York Times Book Review. Two films produced by Disney based on the series have been hugely popular throughout the world.