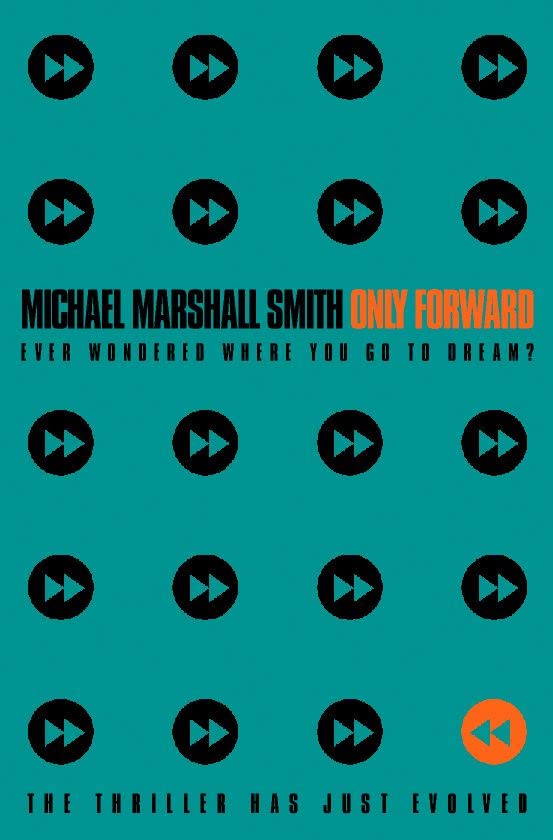 Only Forward
by Michael Marshall Smith

Only Forward by Michael Marshall Smith

Stark lives in Colour, a neighbourhood whose inhabitants like to be co-ordinated with their surroundings - a neighbourhood where spangly purple trousers are admired by the walls of buildings as you pass them. Close by is Sound, where you mustn't make any, apart from one designated hour a day when you can scream your lungs raw. Then there's Red - get off at Fuck Station Zero if you want to see a tactical nuclear battle recreated as a sales demonstration.

Stark has friends in Red, which is just as well because Something is about to happen. And when a Something happens it's no good chanting `Duck and cover' while cowering in a corner, because a Something is always from the past, Stark's past, and it won't go away until you face it full on.

`Smith delivers that rarest of commodities: a genuinely new twist with a punchline of Crying Game proportions'
Time Out

Michael Marshall Smith was born and raised - itinerantly - in the USA and the UK: his parents are academics. He has helped write two radio comedy series and a pilot TV series, and is currently working on screenplays for two feature films and the BBC adaptation of Clive Barker's Weaveworld. Only Forward was his first novel. He is distressingly young.

GOR001231123
Only Forward by Michael Marshall Smith
Michael Marshall Smith
Used - Very Good
Paperback
HarperCollins Publishers
1998-07-06
320
0006512666
9780006512660
Winner of British Fantasy Award 1994
Book picture is for illustrative purposes only, actual binding, cover or edition may vary.
This is a used book - there is no escaping the fact it has been read by someone else and it will show signs of wear and previous use. Overall we expect it to be in very good condition, but if you are not entirely satisfied please get in touch with us.