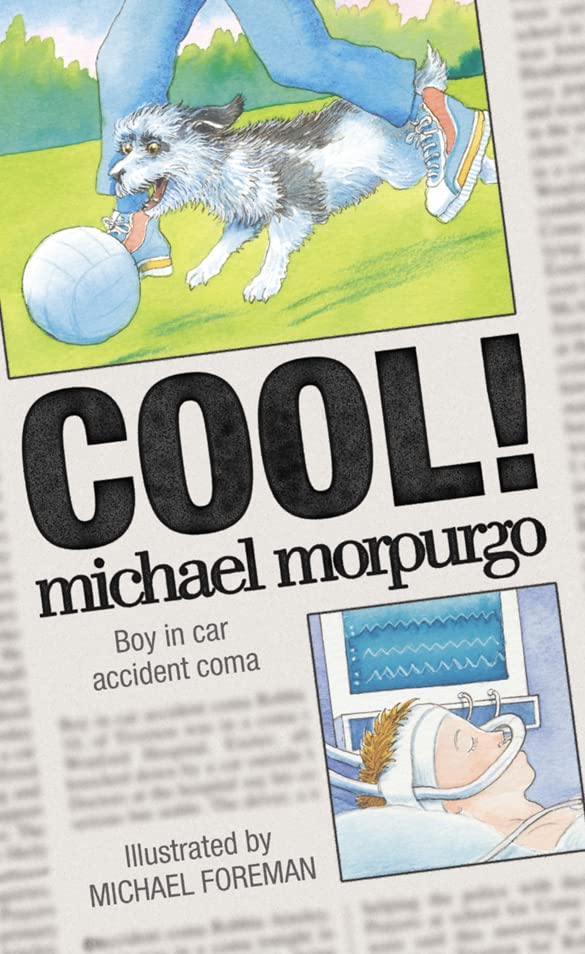 Robbie, football fan and animal lover, runs after his dog one day when he chases a cat and is hit by a car. Unconscious, but conscious, Robbie lies in hospital, unable to speak, move or eat. But he can hear; he is aware, even though his family and friends don't know this. Inside his head, we hear Robbie's thoughts; on his Mum and sister, why his parents are separated. His friends and family try desperately to reach him - even Zola, his favourite Chelsea footballer, comes to see him. And still Robbie can't `wake up'. Until one day, against hospital rules, Dad brings Lucky into the hospital. Can Lucky bring Robbie back to life?

GOR001948906
Cool! by Michael Morpurgo
Michael Morpurgo
Used - Very Good
Hardback
HarperCollins Publishers
2002-10-07
112
0007131038
9780007131037
Short-listed for Red House Children's Book Award: Younger Readers 2003
Book picture is for illustrative purposes only, actual binding, cover or edition may vary.
This is a used book - there is no escaping the fact it has been read by someone else and it will show signs of wear and previous use. Overall we expect it to be in very good condition, but if you are not entirely satisfied please get in touch with us.