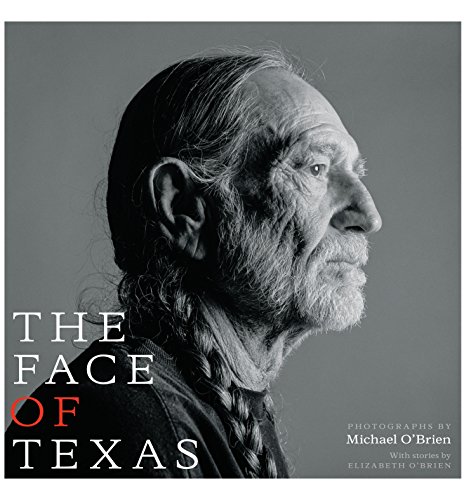 The Face of Texas
by Michael O'Brien

The Face of Texas Summary

The Face of Texas by Michael O'Brien

The Face of Texas celebrates the individuality and independent spirit of Texas through compelling portraits of its people by Michael O'Brien, one of America's premier portrait photographers. In this acclaimed photo essay, he assembles a gallery of noteworthy Texans both native and naturalized, ranging from former president George W. Bush and first ladies and Laura Bush and Lady Bird Johnson, to famous figures such as Willie Nelson, Larry McMurtry, George Strait, Tim Duncan, Kinky Friedman, and Beyonce, to ordinary folks who've made their mark on Texas as ranchers and farmers, cheerleaders and beauty queens, conservationists, church members, bar and restaurant owners, Odd Fellows, schoolteachers, artists and writers, business owners, and athletes.

For this new edition of The Face of Texas, O'Brien has added seventeen new portraits and six updated photographs of people from the first edition. Writer and former Life reporter Elizabeth O'Brien offers insightful verbal vignettes to accompany the new portraits and also brings us up to date with the lives of the rest of the subjects. This winning combination of images and stories about a fascinating, eclectic mix of Texans is a fitting homage to a unique state and an essential addition to every Texas bookshelf.

Customer Reviews - The Face of Texas

The Face of Texas Reviews

"O'Brien's work does not explicitly comment on the passage of time, but the theme pervades this new volume as we read of where many of the photograph's long-lost subjects ended up. For the celebrities, the effect is charming. We're briefly reminded of how public figures ranging from Beyonce to Laura Bush to Mack Brown appeared at younger stations in their lives....The wide frames, sober expressions and spare backgrounds make even those subjects without fame and riches - the cops, farmers, churchgoers, and grocers - look like legends in their own right. But set side by side over 140 pages, the photographs take on a haunting atmosphere." * Austin American-Statesman *

A two-time recipient of the Robert F. Kennedy Journalism Award for outstanding coverage of the disadvantaged, Michael O'Brien has photographed subjects ranging from small-town heroes to presidents. His work has appeared in numerous publications, including Life, National Geographic, Texas Monthly, the London Sunday Times, and the book Hard Ground, which pairs his portraits of the homeless with Tom Waits' powerful poetry. O'Brien's photographs are in the permanent collections of the Smithsonian's National Portrait Gallery in Washington, DC; the International Center of Photography in New York City; the Museum of Fine Arts, Houston; and the Southwestern & Mexican Photography Collection at the Wittliff Collections at Texas State University. A lifelong collector of personal stories, Elizabeth O'Brien has worked as a reporter for Life magazine, as well as for newspapers in South Florida. Today, she is a writer and a psychotherapist with a private practice.

CIN000404747
The Face of Texas by Michael O'Brien
Michael O'Brien
Used - Very Good
Paperback
University of Texas Press
2014-10-15
160
0292763131
9780292763135
N/A
Book picture is for illustrative purposes only, actual binding, cover or edition may vary.
This is a used book - there is no escaping the fact it has been read by someone else and it will show signs of wear and previous use. Overall we expect it to be in very good condition, but if you are not entirely satisfied please get in touch with us.