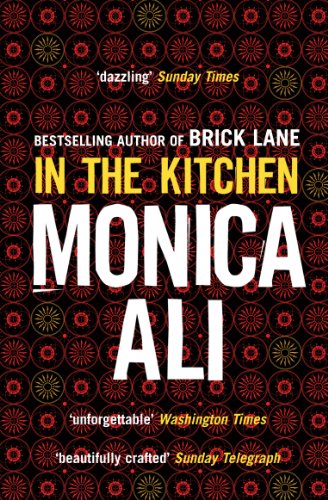 In The Kitchen
by Monica Ali

Used Price
$7.69
Free Shipping in the US
At the once-splendid Imperial Hotel, chef Gabriel Lightfoot is trying to run a tight kitchen. It confirms Monica Ali not only as a great modern storyteller but also an acute observer of the dramas of modern life.
Reviews:
Trustpilot
Very Good Good

In The Kitchen Summary

In The Kitchen by Monica Ali

At the once-splendid Imperial Hotel, chef Gabriel Lightfoot is trying to run a tight kitchen. But his integrity and his sanity are under constant challenge from an exuberantly multinational staff, a gimlet-eyed hotel management, and business partners with whom he is planning a new venture. Despite the pressure, his hard work looks set to pay off. Until the discovery of a porter's dead body in the kitchen appears to tip the scales. It is a small death, a lonely death - but it is enough to disturb the tenuous balance of Gabe's life. In The Kitchen is Monica Ali's stunning follow up to Brick Lane. It is both the portrait of a man pushed to the edge, and a wry and telling look into the melting pot which is our contemporary existence. It confirms Monica Ali not only as a great modern storyteller but also an acute observer of the dramas of modern life.

Customer Reviews - In The Kitchen

In The Kitchen Reviews

"A novel of quiet pleasures, with a perplexed hero who always rings true." * Mail on Sunday *
"Her descriptions of Gabe's disassociated states are excellent...this is an ambitious book from a writer not content to revisit familiar territory...Serious and intelligent." * Independent *
"Ali's strengths lie in a cool authorial distance, and a passion for detail" * The Times *
"A compelling story..Ali is second to none when it comes to capturing modes of speech...Monica Ali is shaping up to be a fine novelist" * Sunday Express *
"The kitchen of the title is the Imperial Hotel in central London, and Ali's dazzling accounts of its manic goings-on make the chef Anthony Bourdain's gory memoir, Kitchen Confidential, seem as genteel as Fanny Cradock." * Sunday Times *

Monica Ali is one of Granta's Best of Young British Novelists of the decade, Newcomer of the Year at the 2004 British Book Awards and has been nominated for most of the major literary prizes in Britain. Her first novel, Brick Lane, was shortlisted for the Booker Prize, the George Orwell Prize for political writing and the prestigious Commonwealth Writers' Prize.

GOR001416259
In The Kitchen by Monica Ali
Monica Ali
Used - Very Good
Paperback
Transworld Publishers Ltd
2010-05-27
560
0552774863
9780552774864
N/A
Book picture is for illustrative purposes only, actual binding, cover or edition may vary.
This is a used book - there is no escaping the fact it has been read by someone else and it will show signs of wear and previous use. Overall we expect it to be in very good condition, but if you are not entirely satisfied please get in touch with us.