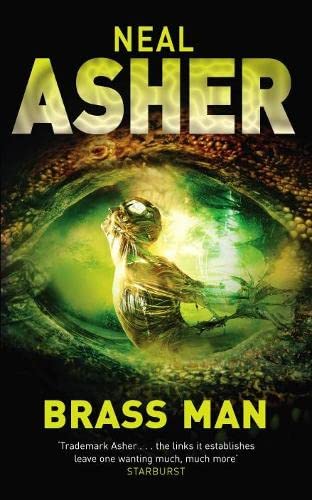 On the primitive world of Cull, a knight errant called Anderson is hunting a dragon, little knowing that far away someone else (now more technology than human flesh) has resurrected a brass killing machine called `Mr Crane' to assist in a similar hunt encompassing star systems. When agent Cormac learns that this old enemy still lives, he sets out in pursuit aboard the attack ship Jack Ketch ... whilst scientist Mika begins discovering the horrifying truth about that ancient technology ostensibly produced by the alien Jain.

Meanwhile, for the people of Cull, each day proves a struggle to survive on a planet roamed by ferocious insectile monsters, while they slowly construct the industrial base that may enable them to escape to their forefathers' starship -- still orbiting far above them. But an entity with questionable motives, calling itself Dragon, assists them with genetic by-blows created out of humans and the hideous local monsters. And now the planet itself, for millennia geologically inactive, is increasingly suffering earthquakes ...

GOR001235514
Brass Man by Neal Asher
Neal Asher
Used - Very Good
Paperback
Pan Macmillan
2006-02-17
576
0330411594
9780330411592
N/A
Book picture is for illustrative purposes only, actual binding, cover or edition may vary.
This is a used book - there is no escaping the fact it has been read by someone else and it will show signs of wear and previous use. Overall we expect it to be in very good condition, but if you are not entirely satisfied please get in touch with us.