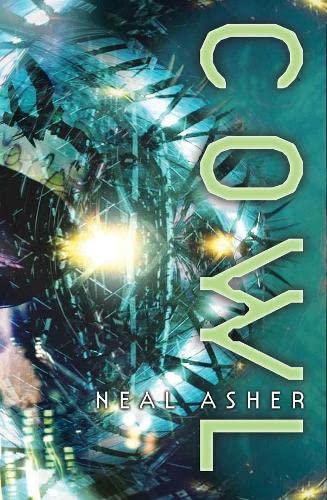 In the far future, the Heliothane Dominion is triumphant in the solar system, after a bitter war with their Umbrathane progenitors. But some of the enemy have escaped into the past, intent on wreaking havoc across time. The worst of these is Cowl, an artificially forced advance in human evolution but one who is no longer human.

Polly, desperate to obtain funds to support her habits, is unprepared for her involvement with Nandru Jurgens, a Taskforce soldier, and the killers pursuing him. Nor can she resist the the alien 'tor' which she feels impelled to attach to her arm. But she must learn fast, as she is dragged back through time, not least that to the denizens of some earlier eras, she is little more than a convenience food.

Initially, the fragment of tor imbedded in Tack's wrist sums up his value to the Heliothane - a point brought home to him with bloody abruptness. But, as a vat-grown programmable killer employed by U-gov, he is no stranger to violence. His long journey into the lethal world of the Heliothane is only beginning, the extent of his mission just becoming apparent.

Meanwhile, hunting throughout time and the alternates, Cowl's pet, the tor beast, grows vast and dangerous. And the beast continues to feed.

GOR001239984
Cowl by Neal Asher
Neal Asher
Used - Very Good
Paperback
Pan Macmillan
2005-04-15
480
0330411586
9780330411585
N/A
Book picture is for illustrative purposes only, actual binding, cover or edition may vary.
This is a used book - there is no escaping the fact it has been read by someone else and it will show signs of wear and previous use. Overall we expect it to be in very good condition, but if you are not entirely satisfied please get in touch with us.