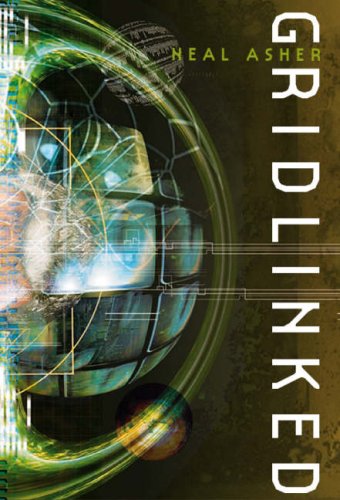 In outer space you can never feel sure that your adversary is altogether human.

The runcible buffers on Samarkand have been mysteriously sabotaged, killing many thousands and destroying a terraforming project. Agent Cormac must reach it by ship to begin an investigation. But Cormac has incurred the wrath of a vicious psychopath called Pelter, who is prepared to follow him across the galaxy with a terrifying android in tow.

Despite the sub-zero temperature of Samarkand, Cormac discovers signs of life: they are two 'dracomen', alien beasts contrived by an extra-galactic entity calling itself 'Dragon', which is a huge creature consisting of four conjoined spheres of flesh each a kilometre in diameter. Caught between the byzantine wiles of the Dragon and the lethal fury of Pelter, Cormac needs to skip very nimbly indeed to rescue the Samarkand project and protect his own life.

GOR001238653
Gridlinked by Neal Asher
Neal Asher
Used - Very Good
Paperback
Pan Macmillan
2002-03-08
528
0330484338
9780330484336
N/A
Book picture is for illustrative purposes only, actual binding, cover or edition may vary.
This is a used book - there is no escaping the fact it has been read by someone else and it will show signs of wear and previous use. Overall we expect it to be in very good condition, but if you are not entirely satisfied please get in touch with us.