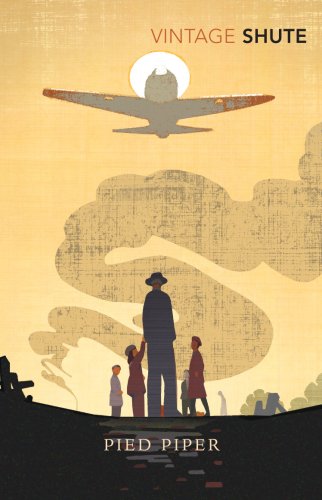 Used Price
Free Shipping in the US

John Howard is determined to brighten up his old age by taking a fishing trip to France.

John Howard is determined to brighten up his old age by taking a fishing trip to France. However, during his stay the Nazis invade and he is forced to try to escape back to England with the two small children of some friends who must stay behind to help the Allied war effort. As the conflict grows closer, the roads become impassable and Howard also comes across five more children who need his help. He ends up leading this motley group of youngsters through the French countryside, constantly beset by danger yet heroically protecting his charges.

Mr Shute not only writes vividly and excitingly of occupied France, but with a delightful understanding of children * Sunday Times *
A small masterpiece...a book about frail but indomitable old age, simple kindness, childhood, and courage in dark confusing danger. It is not sentimental but prosaic and suspenseful on every page...it conjures up the country of the 1940's, and gently acclaims the value of ordinary decency in wicked times -- Libby Purves
A brilliantly descriptive writer, a master of suspense -- David Holloway
Exhibits his talents at their provocative best * New York Times *
That shattering, unaffected, literary style of his is wholly deceptive...is, in fact, masterly -- H.E. Bates

GOR005235671
Pied Piper by Nevil Shute
Nevil Shute
Used - Well Read
Paperback
Vintage Publishing
2009-09-03
320
0099530228
9780099530220
N/A
Book picture is for illustrative purposes only, actual binding, cover or edition may vary.
This is a used book. We do our best to provide good quality books for you to read, but there is no escaping the fact that it has been owned and read by someone else previously. Therefore it will show signs of wear and may be an ex library book.