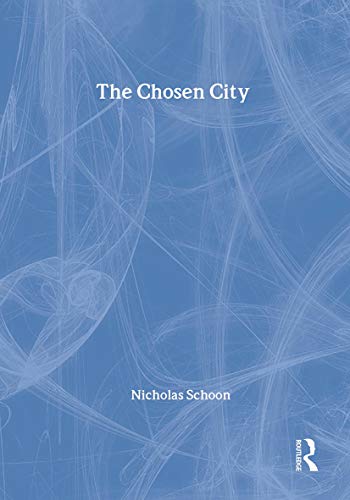 The Chosen City
by Nicholas Schoon

Used Price
$15.49
Free Shipping in the US
The Chosen City is about making urban regeneration work. It describes what has gone wrong with Britain's cities and proposes how they can be put right.
Reviews:
Trustpilot
Very Good

The Chosen City by Nicholas Schoon

There is endless talk about the need for an urban renaissance; can it happen in the real world? In this broad, challenging and highly engaging book, Nicholas Schoon argues that the foremost priority for regeneration is to make neighbourhoods and cities places where people with choices choose to live.
The author surveys the last two centuries of metropolitan growth and decay, analyzes the successes and failures of recent changes in urban policy and proposes a wide range of radical measures to make the renaissance a reality. Comprehensively researched, The Chosen City is a wake up call for everyone interested and involved in urban regeneration - degree students and academics, planning and housing professionals, architects, surveyors, developers and politicians. The text is illustrated with powerful black and white images from a leading national newspaper photographer.

"The book, commissioned by the Joseph Rowntree Foundation, suggests that local and central gonvernment consider measures such as rasing standards in schools, using electronic technology to fight crime, and creating more greenfield land developments based on planning partnerships of local authorities, local communities and developers."
-"New Start, 9/7/2001
"Nicholas Schoon spent most of the Blair government's first administration looking at regeneration and urbanism in Britain. "The Chosen City shows the value of such journalist enquiry. He gives us a robust and accurate history of successive governments' handling of urbanism. Specialists will no doubt be able to correct minor details but the generalist will come away understanding the current position better than they did before."
-Fred Manson, "ROOF, September/October 2001
"Mentioned in a publication of "New Start, ."
October 12, 2001
"The urban renaissance is probably notwork and people will continue deserting areas in search of a better life, according to a newly published book commissioned by the Joseph Rowntree Foundation...Nicholas Schoon, author of the Joseph Rowntree Foundation's book on our town and cities this week warns that the urban renaissance is still confined to the drawing board rather than anywhere near becoming a reality.."
-Huw Morris, "Planning Magazine
..."But there is much here to think about and to stoke up the urban policy debate.."
-Will Hatchett, "housing magazine, November 2001

GOR005188890
The Chosen City by Nicholas Schoon
Nicholas Schoon
Used - Very Good
Paperback
Taylor & Francis Ltd
2001-09-13
384
0415258022
9780415258029
N/A
Book picture is for illustrative purposes only, actual binding, cover or edition may vary.
This is a used book - there is no escaping the fact it has been read by someone else and it will show signs of wear and previous use. Overall we expect it to be in very good condition, but if you are not entirely satisfied please get in touch with us.