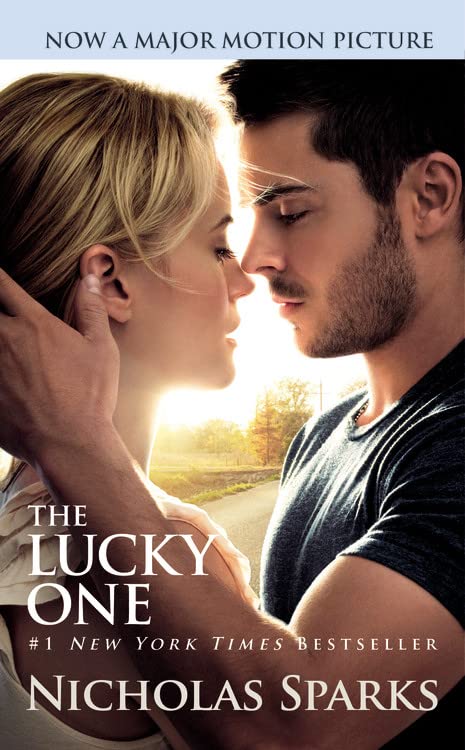 The Lucky One
by Nicholas Sparks

In Stock
$19.99
A #1 "New York Times"-bestselling author, Sparks tells the unforgettable story of a man whose brushes with death lead him to the love of his life. starring Zac Efron ("High School Musical") and directed by Scott Hicks ("Shine").
Like New Very Good Good
Only 1 left

The Lucky One Summary

The Lucky One by Nicholas Sparks

A U.S. Marine's brush with death leads him to the love of his life in this New York Times bestseller of destiny, luck, and the redemptive power of romance.
After U.S. Marine Logan Thibault finds a photograph of a smiling young woman buried in the dirt during his tour of duty in Iraq, he experiences a sudden streak of luck -- winning poker games and even surviving deadly combat. Only his best friend, Victor, seems to have an explanation for his good fortune: the photograph -- his lucky charm.

Back home in Colorado, Thibault can't seem to get the woman in the photograph out of his mind and he sets out on a journey across the country to find her. But Thibault is caught off guard by the strong attraction he feels for the woman he encounters in North Carolina - Elizabeth, a divorced mother -- and he keeps the story of the photo, and his luck, a secret. As he and Elizabeth embark upon a passionate love affair, his secret soon threatens to tear them apart -- destroying not only their love, but also their lives.

Filled with tender romance and terrific suspense, THE LUCKY ONE is an unforgettable story about the surprising paths our lives often take and the power of fate to guide us to true and everlasting love.

With over 100 million copies of his books sold, Nicholas Sparks is one of the world's most beloved storytellers. His novels include fifteen #1 New York Times bestsellers, and all of his books, including Three Weeks with My Brother, the memoir he wrote with his brother, Micah, have been New York Times and international bestsellers, and were translated into more than fifty languages. Eleven of Nicholas Sparks's novels--The Choice, The Longest Ride, The Best of Me, Safe Haven, The Lucky One, The Last Song, Dear John, Nights in Rodanthe, The Notebook, A Walk to Remember, and Message in a Bottle--have been adapted into major motion pictures.

GOR010570511
The Lucky One by Nicholas Sparks
Nicholas Sparks
Used - Like New
Paperback
Little, Brown & Company
2012-02-28
400
1455508977
9781455508976
N/A
Book picture is for illustrative purposes only, actual binding, cover or edition may vary.
This is a used book - there is no escaping the fact it has been read by someone else and it will show signs of wear and previous use. Overall we expect it to be in very good condition, but if you are not entirely satisfied please get in touch with us.