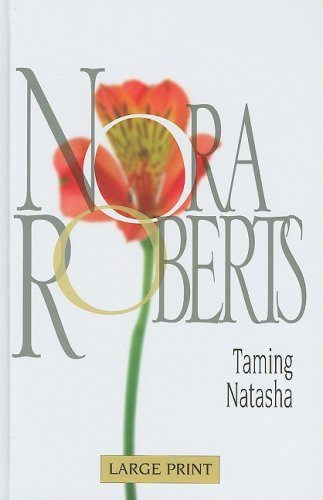 Used Price
$63.99
Free Shipping in the US
THE INTERNATIONAL BESTSELLING AUTHOR

'The most successful novelist on Planet Earth' Washington Post

'The most successful novelist on Planet Earth' Washington Post

For Spence realized he'd do anything to tame Natasha's fears...and show her how to love.

'Women are addicted to her novels as chocoholics are to Godiva. Roberts is a superstar' - New York Times

GOR009579569
Taming Natasha by Nora Roberts
Nora Roberts
Used - Very Good
Hardback
HarperCollins Publishers
2008-06-01
384
0263204774
9780263204773
N/A
Book picture is for illustrative purposes only, actual binding, cover or edition may vary.
This is a used book - there is no escaping the fact it has been read by someone else and it will show signs of wear and previous use. Overall we expect it to be in very good condition, but if you are not entirely satisfied please get in touch with us.