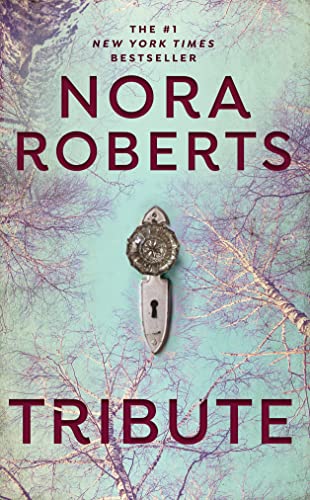 In Stock
$27.99
The #1 "New York Times"-bestselling author presents her latest blockbuster novel, the story of a big-screen legend, a small-town scandal, and a young woman caught up in the secrets and shadows of both.
Very Good Good
Only 1 left

A young woman gets caught up in the secrets and shadows of a big-screen legend and a small-town scandal in this #1 New York Times bestseller from Nora Roberts.

Cilla McGowan, a former child star, has found a more satisfying life restoring homes. So she comes to Virginia's Shenandoah Valley to save the dilapidated farmhouse of her grandmother--a legendary actress who died of an overdose there more than thirty years ago.

Plunging into the project with gusto, Cilla's almost too busy and exhausted to notice her neighbor, graphic novelist Ford Sawyer. Determined not to carry on the family tradition of ill-fated romances, Cilla steels herself against Ford's quirky charm, though she can't help indulging in a little fantasy.

But it's reality that holds its share of dangers for Cilla. A cache of unsigned letters found in the attic points to a mysterious romance in her grandmother's life, and may be what sparks a frightening, violent assault. Now, if Cilla and Ford are unable to sort out who is targeting her and why, she may, just like her world-famous grandmother, be cut down in the prime of her life.

"Another gem by Roberts."--Detroit Free Press

"Warning: Do not begin this book late in the day unless you plan to pull an all-nighter. Because once you start Tribute, you won't want to put it down."--The State (Columbia, SC)

"A well-written book about interesting characters and the complexities of life, and it lives up to the quality readers expect from the author."--The Post and Courier (Charleston, SC)

"Once again the extraordinarily imaginative, prolific, and popular Roberts creates a cast of magnetic and superbly nuanced characters and a cleverly ordered plot spiced with subtle suspense and sexy romance."--Booklist

GOR001775402
Tribute by Nora Roberts
Nora Roberts
Used - Very Good
Paperback
Penguin Putnam Inc
2009-04-01
451
0515146366
9780515146363
N/A
Book picture is for illustrative purposes only, actual binding, cover or edition may vary.
This is a used book - there is no escaping the fact it has been read by someone else and it will show signs of wear and previous use. Overall we expect it to be in very good condition, but if you are not entirely satisfied please get in touch with us.