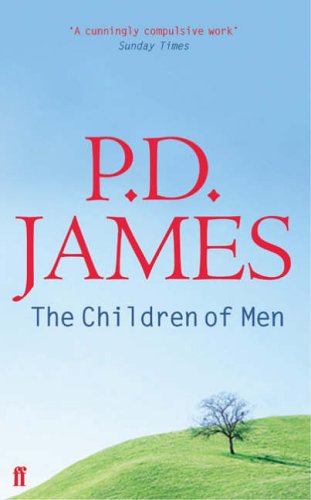 In Stock
$10.69
The year is 2021. No child has been born for 25 years. The human race faces extinction. Under the despotic rule of the Warden of England, the old are despairing and the young cruel. Theo Faren, a cousin of the Warden encounters a young woman that leads him into contact with dissenters. And he faces agonising choices.
Very Good Good
7 in stock

The year is 2021. No child has been born for twenty-five years. The human race faces extinction. Under the despotic rule of Xan Lyppiat, the Warden of England, the old are despairing and the young cruel. Theo Faren, a cousin of the Warden, lives a solitary life in this ominous atmosphere. That is until a chance encounter with a young woman leads him into contact with a group of dissenters. Suddenly his life is changed irrevocably, as he faces agonising choices, which could affect the future of mankind.

P. D. James was born in Oxford in 1920 and educated at Cambridge High School for Girls. From 1949 to 1968 she worked in the National Health Service and subsequently in the Home Office, first in the Police Department and later in the Criminal Policy Department. All that experience has been used in her novels. She is a Fellow of the Royal Society of Literature and of the Royal Society of the Arts and has served as a Governor of the BBC, a member of the Arts Council, where she was Chairman of its Literary Advisory Panel, on the Board of the British Council and as a magistrate in Middlesex and London. She has won awards for crime writing in Britain, America, Italy and Scandinavia, including the Mystery Writers of America Grandmaster Award. She has received honorary degrees from seven British universities, was awarded an OBE in 1983 and was created a life peer in 1991. In 1997 she was elected President of the Society of Authors.She lives in London and Oxford and has two daughters, five grandchildren and three great-grandchildren.