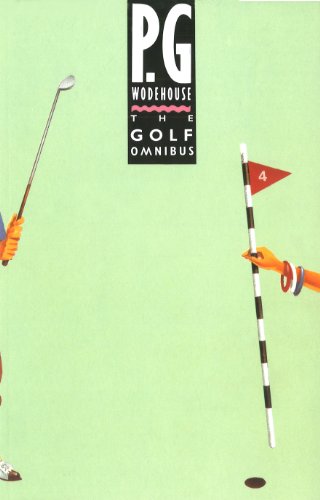 In Stock
$10.69
The Oldest Member's reverence for golf does not cramp his style in telling some of the funniest, tallest and most joyful stories in the whole Wodehouse canon.
Very Good
Only 3 left

The Oldest Member's reverence for golf does not cramp his style in telling some of the funniest, tallest and most joyful stories in the whole Wodehouse canon. In this splendid omnibus, introduced by Wodehouse himself, love and the links are inextricably intertwined, in this bumper collection of hilarious short stories that show the course of true love is racing down the middle of the fairway.

GOR001226652
The Golf Omnibus by P. G. Wodehouse
P. G. Wodehouse
Used - Very Good
Paperback
Cornerstone
1990-07-05
480
0091745756
9780091745752
N/A
Book picture is for illustrative purposes only, actual binding, cover or edition may vary.
This is a used book - there is no escaping the fact it has been read by someone else and it will show signs of wear and previous use. Overall we expect it to be in very good condition, but if you are not entirely satisfied please get in touch with us.