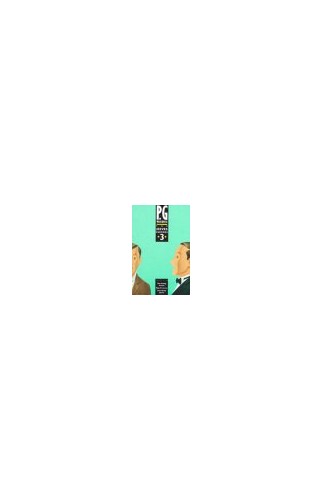 In Stock
$12.69
As always, Bertie is about to find himself in the soup (or 'up to the knees in bisque') and Jeeves is poised to pull him out - quite possibly after pushing him in in the first place.
Very Good
Only 2 left

As always, Bertie is about to find himself in the soup (or 'up to the knees in bisque') and Jeeves is poised to pull him out - quite possibly after pushing him in in the first place. In this omnibus of characteristically hilarious short stories and novels, Jeeves is for the first time shockingly employed to resolve the woes of someone other than Bertie Wooster. Contains The Mating Season, Ring for Jeeves and Very Good, Jeeves...

GOR001232576
The Jeeves Omnibus - Vol 3: (Jeeves & Wooster) by P. G. Wodehouse
P. G. Wodehouse
Jeeves & Wooster
Used - Very Good
Paperback
Cornerstone
1991-07-04
576
009174833X
9780091748333
N/A
Book picture is for illustrative purposes only, actual binding, cover or edition may vary.
This is a used book - there is no escaping the fact it has been read by someone else and it will show signs of wear and previous use. Overall we expect it to be in very good condition, but if you are not entirely satisfied please get in touch with us.