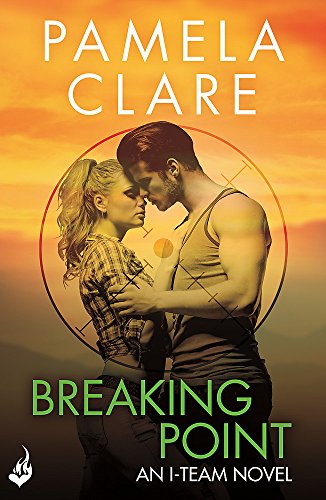 Used Price
$24,99
Free Shipping in the US
The fifth sensational novel of thrilling romance from Pamela Clare and her electrifying I-Team.
Very Good

While investigating border violence in Mexico, journalist Natalie Benoit is taken captive. Alone in the hands of ruthless killers, she needs every ounce of courage she possesses to survive. Chief Deputy US Marshal Zach McBride has endured a week of torture and interrogation at the hands of a bloodthirsty drug cartel. Hearing Natalie's cries spurs his survival instincts. With her help, Zach overpowers their captors and they flee. But past loss and tragedy leave each reluctant to follow their hearts, even as the passion between them reaches breaking point. Now they must fight to stay ahead of the danger that hunts them as forces more powerful than they can imagine conspire to destroy them both...

USA Today bestselling author Pamela Clare began her writing career as a columnist and investigative reporter and eventually became the first woman editor-in-chief of two different newspapers. Along the way, she and her team won numerous state and national honors, including the National Journalism Award for Public Service and the Keeper of the Flame Lifetime Achievement Award. She writes historical romance and contemporary romantic suspense within view of Colorado's beautiful Rocky Mountains.

GOR008955359
Breaking Point: I-Team 5 (A series of sexy, thrilling, unputdownable adventure) by Pamela Clare
Pamela Clare
I-Team
Used - Very Good
Paperback
Headline Publishing Group
2015-04-02
368
1472223160
9781472223166
N/A
Book picture is for illustrative purposes only, actual binding, cover or edition may vary.
This is a used book - there is no escaping the fact it has been read by someone else and it will show signs of wear and previous use. Overall we expect it to be in very good condition, but if you are not entirely satisfied please get in touch with us.