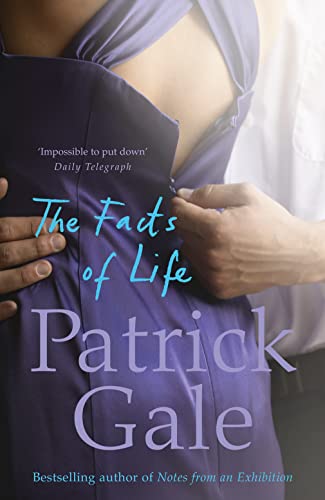 The Facts of Life
by Patrick Gale

A brilliant novel from the author of `Notes from an Exhibition' - that follows three genrations of an unusual family as they confront the harsher facts of modern life.

The Facts of Life Summary

The Facts of Life by Patrick Gale

A brilliant novel from the author of `Notes from an Exhibition' - that follows three genrations of an unusual family as they confront the harsher facts of modern life.

A young composer, Edward Pepper, is exiled from his native Germany by the war, struck down with TB, and left to languish in hospital. But when he falls in love with his doctor, Sally Banks, his world is transformed. But despite his new life with Sally, Edward is haunted by memories of his Jewish family, who he was forced to abandon. When he receives news that his sister has been found alive, it sets in motion a train of events that will test Edward and his family.

Years later, Edward watches his grandchildren make their own lives and a few mistakes along the way. As they struggle to keep the family intact, they are forced to come to terms with some of the tougher facts of life.

The Facts of Life Reviews

`It is impossible to put "The Facts of Life" down. A rural English blockbuster. It is beautifully done' Daily Telegraph

`Patrick Gale offers us so much more than facts in this extraordinary blockbuster of a novel. Its exploration of family ties and tyranny is encompassed within a deft narrative. Much like the late Ivy Compton-Burnett, Gale presents us with a family saga which both questions and defies present day morality. Always fluent, Gale manages to be both brutal and witty. His analysis of the family tree is rooted in compassion and insight and expounded resoundingly well' Time Out

`Gale's best and most complex novel. Gale is both a shameless romantic and hip enough to get away with it' New Statesman

Patrick Gale was born in 1962 on the Isle of Wight. He spent his infancy at Wandsworth Prison, which his father governed, then grew up in Winchester. He now lives on a farm near Land's End.

GOR001249749
The Facts of Life by Patrick Gale
Patrick Gale
Used - Very Good
Paperback
HarperCollins Publishers
2009-05-14
560
0007307667
9780007307661
N/A
Book picture is for illustrative purposes only, actual binding, cover or edition may vary.
This is a used book - there is no escaping the fact it has been read by someone else and it will show signs of wear and previous use. Overall we expect it to be in very good condition, but if you are not entirely satisfied please get in touch with us.