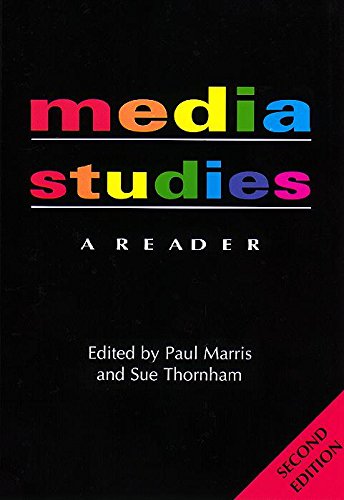 Used Price
$14.99
Free Shipping in the US
An introduction to the range of theoretical perspectives on the mass media from 1970 to 1999. In 65 articles it maps the field, its varied and often conflicting histories, and its current debates. It examines the production and regulation of mass media, and provides a series of case studies.
Reviews:
Trustpilot
Good

An introduction to the range of theoretical perspectives on the mass media from 1970 to 1999. Ranging from the arguments between the American mass communication tradition and the Europe-centered Frankfurt School of the 1940s, to the analyses of communication technologies by Marshall McLuhan and Raymond Williams in the 1960s, the volume maps the mass media field, its varied and often conflicting histories, and its current debates. Sixty-five articles provide comprehensive coverage of all the main theorists and approaches. The first half, "Studying the Media", explores in detail three core elements of media studies: production and regulation of mass media; media texts; and reception and consumption of media. The second half brings together concrete examples of how theoretical debates can be realized in a series of case studies on soap operas, the news, and advertising. A general introduction and introductions to each section summarize and contextualize the debates. The contributors include: Theodor W. Adorno, Raymond Williams, Stuart Hall, Annette Kuhn, Jurgen Habermas, John Fiske and Anne McClintock.

"As a reference book, "Civil Rights Since 1787" serves as an outstanding source. The book gives a lucid account of the history of institutional slavery and racism in America that is all too often perplexing when presented by educational texts."
-"Chicago Streetwise",

"Jonathan Birnbaum and Clarence Taylor have plumbed historical documents to produce a study that has both truth and urgency. . . . You could not do better than this book."
-"Jewish Currents",

"An unusually challenging illumination of our still very unfinished history of equal protection of the laws. No classroom, library, or legislature at any level should be without it, and nearly everyone will want to argue with parts of it."
-Nat Hentoff, author of "Living the Bill of Rights and Free Speech for Me--But Not for Thee"

"Civil Rights Since 1787 is one of those rare documentary collections that rewrites history. Birnbaum and Taylor not only take a long and wide view of the movement, but they persuasively re-define civil rights to encompass many criticle struggles for social justice. This book is indispensable."
-Robin D.G. Kelley, author of "Race Rebels: Culture, Politics, and the Black Working Class"

"This is a particularly valuable collection, an excellent reader on the struggle for racial equality."
-Howard Zinn, author of "A People's History of the United States"