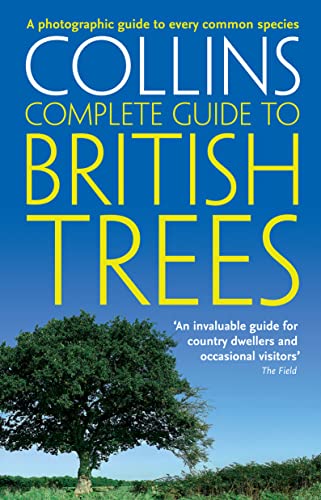 This easy-to-use guide covers the 360 species of tree that are found in Britain & Ireland. Each species is covered in detail with information on how to identify, whether from a leaf, twig, bark or whole tree, plus extra information on where the tree grows (including a map), how high they grow, what uses the tree is used for and its unique history.

Every species is also comprehensively illustrated with photographs of every useful feature - bark, leaf, seed, flower, twig and whole tree.

GOR003492886
British Trees: A photographic guide to every common species (Collins Complete Guide) by Paul Sterry
Paul Sterry
Collins Complete Guide
Used - Very Good
Paperback
HarperCollins Publishers
2008-04-07
320
0007236859
9780007236855
N/A
Book picture is for illustrative purposes only, actual binding, cover or edition may vary.
This is a used book - there is no escaping the fact it has been read by someone else and it will show signs of wear and previous use. Overall we expect it to be in very good condition, but if you are not entirely satisfied please get in touch with us.