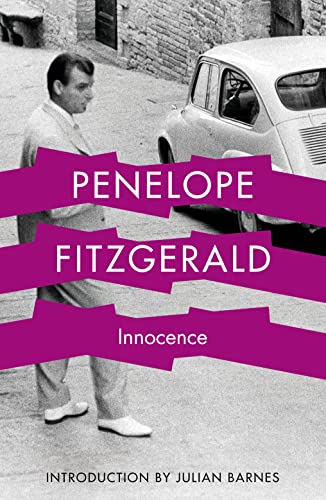 A new edition of the Booker Prize winner Penelope Fitzgerald's best-loved novel of romance in post-war Italy, with a new introduction by Julian Barnes.

A new edition of the Booker Prize winner Penelope Fitzgerald's best-loved novel of romance in post-war Italy, with a new introduction by Julian Barnes.

The Ridolfis are a Florentine family of long lineage and little money. It is 1955, and the family, like its decrepit villa and farm, has seen better days. Only eighteen-year-old Chiara shows anything like vitality.

Chiara has set her heart on Salvatore, a young and brilliant doctor who resolved long ago to be emotionally dependent on no one. Faced with this, she calls on her English girlfriend Barney to help her make the impossible match...

`Penelope Fitzgerald's Innocence seems to me to be about real people undergoing real experiences, more real and more interesting than most biographies, and it carries absolute conviction as to time and place. What more could one ask of a novel?' Spectator Books of the Year

`Innocence weilds a curious fascination, replete with the sense of sleepy, slightly anxious fatalism that pervades much of the Italian cinema of the period. Its magic, and its message, are as oblique and inconclusive as the lives of its characters, but both have a lingering power, refreshingly fictive, deliciously un-English.' Literary Review

`I know of no one who expresses so deftly and entertainingly the way in which life seldom turns out as expected. A wonderful book.' Spectator

`This is by far the fullest and richest of Penelope Fitzgerald's novels, and also the most ambitious. Her writing, as ever, has a natural authority, is very funny, warm and gently ironic, and full of tenderness towards human beings and their bravery in living.' TLS

GOR001226793
Innocence by Penelope Fitzgerald
Penelope Fitzgerald
Used - Very Good
Paperback
HarperCollins Publishers
1987-06-22
368
0006542379
9780006542377
N/A
Book picture is for illustrative purposes only, actual binding, cover or edition may vary.
This is a used book - there is no escaping the fact it has been read by someone else and it will show signs of wear and previous use. Overall we expect it to be in very good condition, but if you are not entirely satisfied please get in touch with us.