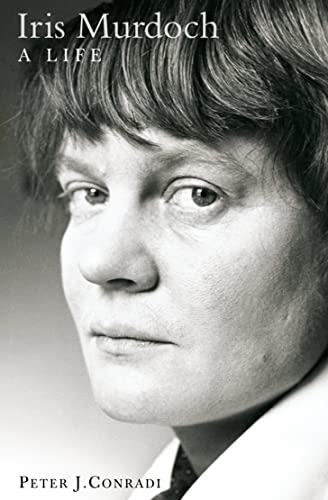 A full and revealing biography of one of the century's greatest English writers and an icon to a generation.

Iris Murdoch: A Life: The Authorized Biography by Peter Conradi

A full and revealing biography of one of the century's greatest English writers and an icon to a generation.

Dame Iris Murdoch has played a major role in English life and letter for nearly half a century. As A.S.Byatt notes, she is `absolutely central to our culture'. As a novelist, as a thinker, and as a private individual, her life has significance for our age. There is a recognisable Murdoch world, and the adjective `Murdochian' has entered the language to describe situations where a small group of people interract intricately and strangely. Her story is as emotionally fascinating as that of Virginia Woolf, but far less well known; hers has been an adventurous, highly eventful life, a life of phenomenal emotional and intellectual pressures, and her books portray a real world which is if anything toned down as well as mythicised. For Iris's formative years, astonishingly, movingly and intimately documented by Conradi's meticulous research, were spent among the leading European and British intellectuals who fought and endured World War II, and her life like her books, was full of the most extraordinary passions and profound relationships with some of the most inspiring and influential thinkers, artists, writers and poets of that turbulent time and after.

Peter Conradi was very close to both Iris Murdoch and John Bayley, Iris's husband, whose memoir of their life together has itself been the subject of an enormous amount of attention and acclaim. This will be an extraordinarily full biography, for there are vast resources in diaries and papers and friends' recollections, and while it is a superlative biography it is also a superb history of a generation who have profoundly influenced our world today.

From 1997 Peter Conradi was Professor Emeritus, Kingston University, and Honorary Research Fellow at UCL; from 1999 he has been Visiting Research Fellow at Magdalen, Oxford. His critical study, IRIS MURDOCH: THE SAINT AND THE ARTIST (Macmillan, 1986), was described by the NYTBR as `Brilliant' and will be reissued by HarperCollins.

GOR001224850
Iris Murdoch: A Life: The Authorized Biography by Peter Conradi
Peter Conradi
Used - Very Good
Paperback
HarperCollins Publishers
2002-08-05
736
000653175X
9780006531753
N/A
Book picture is for illustrative purposes only, actual binding, cover or edition may vary.
This is a used book - there is no escaping the fact it has been read by someone else and it will show signs of wear and previous use. Overall we expect it to be in very good condition, but if you are not entirely satisfied please get in touch with us.