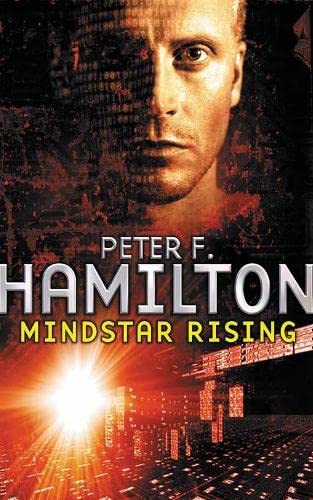 In Stock
$6.39
The debut novel of a writer who would become the master of the genre.
Like New Very Good
Only 2 left

It's the 21st century and global warming is here to stay, so forget the way your country used to look. And get used to the free market, too - the companies possess all the best hardware, and they're calling the shots now.

In a world like this, a man open to any offers can make out just fine. A man like Greg Mandel for instance, who's psi-boosted, wired into the latest sensory equipment, carrying state-of-the-art weaponry - and late of the English Army's Mindstar Battalion.

As the cartels battle for control of a revolutionary new power source, and corporate greed outstrips national security, tension is mounting to boiling point - and Greg Mandel is about to face the ultimate test.

'Races ahead with verve and flair' Starburst

'The plotting is tight and ingenious' Interzone

Peter F. Hamilton was born in Rutland in 1960, and still lives near Rutland Water. His previous novels are the Greg Mandel series and the bestselling 'Night's Dawn' trilogy: The Reality Dysfunction , The Neutronium Alchemist and The Naked God. Also published by Macmillan (and Pan) is A Second Chance at Eden, a novella and six short stories, and The Confederation Handbook, a vital guide to the `Night's Dawn' trilogy. His most recent novels were Fallen Dragon, Misspent Youth and the Commonwealth Saga novels, Pandora's Star and Judas Unchained, the latter to be published in hardcover in October 2005.

GOR010456705
Mindstar Rising by Peter F. Hamilton
Peter F. Hamilton
Used - Like New
Paperback
Pan Macmillan
1996-05-01
448
0330323768
9780330323765
N/A
Book picture is for illustrative purposes only, actual binding, cover or edition may vary.
This is a used book - there is no escaping the fact it has been read by someone else and it will show signs of wear and previous use. Overall we expect it to be in very good condition, but if you are not entirely satisfied please get in touch with us.