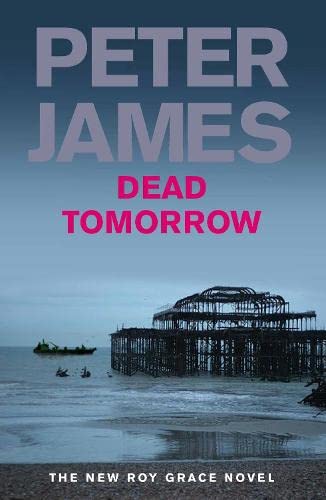 In Stock
$14.69
The smashing new bestseller from one of Britain's most loved thriller writers
Like New Very Good Good
Only 1 left

Lynn gripped the sides of the armchair, trying to put aside her own inner terror. `I can't believe I'm thinking this, Ross. I'm not a violent person, even before Caitlin's influence, I never even liked killing flies in my kitchen. Now I'm sitting here actually willing some stranger to die.'

The body of a teenager dredged from the seabed off the coast of Sussex is found to be missing its vital organs. Soon two more young bodies are found.

Caitlin Beckett, a fifteen-year-old in Brighton, will die if she does not receive an urgent liver transplant. When the health system threatens to let her down, Lynn, her mother, turns in panic to the internet and discovers a broker who can provide her with a black-market organ - but at a price.

As Superintendent Roy Grace investigates the recovered bodies, he unearths the trail of a gang of child traffickers operating from Eastern Europe. Soon Grace and his team will find themselves in a race against time to save the life of a young street kid, while a desperate mother will stop at nothing to save her daughter's life . .

`One of the most fiendishly clever crime fiction plotters.' Daily Mail

Peter James was educated at Charterhouse then at film school. He lived in North America for a number of years, working as a screenwriter and film producer before returning to England. His novels, including the number one bestseller Possession, have been translated into thirty languages and three have been filmed. All his novels reflect his deep interest in the world of the police, with whom he does in-depth research, as well as science, medicine and the paranormal. He has produced numerous films, including The Merchant Of Venice, starring Al Pacino, Jeremy Irons and Joseph Fiennes. He divides his time between his homes in Notting Hill in London and near Brighton in Sussex.

CIN000241654
Dead Tomorrow by Peter James
Peter James
Used - Like New
Hardback
Pan Macmillan
2009-06-11
544
023070686X
9780230706866
Short-listed for Theakston's Old Peculier Crime Novel of the Year 2010
Book picture is for illustrative purposes only, actual binding, cover or edition may vary.
The book has been read, but looks new. The book cover has no visible wear, and the dust jacket is included if applicable. No missing or damaged pages, no tears, possible very minimal creasing, no underlining or highlighting of text, and no writing in the margins.