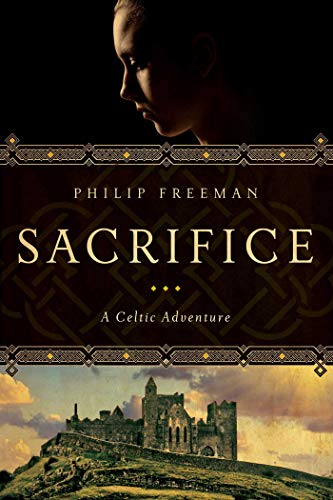 Someone is killing the nuns of Ireland.

The grisly discovery of an elderly sister of Saint Brigid's monastery strangled, bled dry, and thrown into a bog is just the beginning. Soon a beautiful young nun is found decapitated and hung from a barren tree. It doesn't take long before the members of the struggling monastic community of Kildare realize that not only are the nuns being hunted by a serial killer, but the murderer is preforming the gruesome slayings in the manner of the ancient druid sacrifices.

Set in the turmoil of sixth-century Ireland, where ruthless tribal kings wage constant war for survival and the powerful religious order of the druids is threatened by the newly-arrived Christian church, the desperate task of finding the killer falls to Sister Deirdre, a young women torn between the world of the monastery and her own druidic heritage. Unless Deirdre can find the killer before the cycle of sacrifices is complete, more of her friends will die, the monastery will face destruction, and the whole of Ireland may be plunged into civil war.

"Well paced. Fans of Peter Tremayne's Sister Fidelma series might also be interested in following Deirdre's adventures" -- Library Journal
"A fascinating look into the world of druids and Christians in sixth-century Ireland. I put his work up there with Rosemary Sutcliff's wonderful novels. I was drawn into the imagery and pacing and hope there is more of Deidre to come." -- Suspense Magazine
"Freeman drives a quick pace with characters that are well-crafted and dynamic. His writing and sense of place and time easily set the reader in an ancient Ireland so foreign yet incredibly familiar." -- Historical Novels Review
"A lively and lucid biography." -- The New York Times (on 'St. Patrick of Ireland')
"Philip Freeman creates convincing characters who use realistic dialogue. All books about Celtic Heritage should be this readable. I hope to hear more of Deidre in the future." -- The Irish American News
"This is a goodly yarn, complete with its fascinating and colorful historical and cultural context, not to mention its dangers and horrors, a good start to what looks to be a good mystery series." -- The Providence Journal

Philip Freeman received his Ph.D. in Classics and Celtic Studies from Harvard University and holds the Fletcher Jones Chair in Western Culture at Pepperdine University. He is the author of twenty books, including the first two of the Sister Deirdre series, Saint Brigid's Bones and Sacrifice. His most recent work, Celtic Mythology, was published by Oxford University Press in 2016. Philip lives in Malibu, California.

CIN000300649
Sacrifice: A Celtic Adventure by Philip Freeman
Philip Freeman
Sister Deirdre Mysteries
Used - Very Good
Hardback
Pegasus Books
2015-09-22
336
1605988898
9781605988894
N/A
Book picture is for illustrative purposes only, actual binding, cover or edition may vary.
This is a used book - there is no escaping the fact it has been read by someone else and it will show signs of wear and previous use. Overall we expect it to be in very good condition, but if you are not entirely satisfied please get in touch with us.