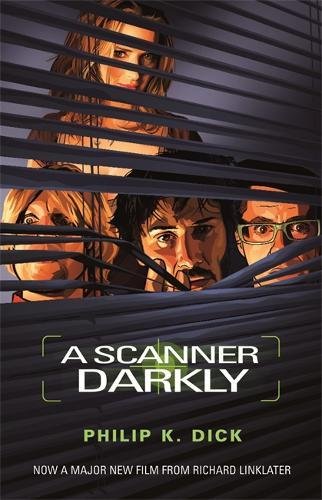 In Stock
$9.99
One of Philip K. Dicks greatest novels is brought to the screen via the groundbreaking vision of Richard Linklater
Very Good Good
11 in stock

Substance D -- otherwise known as Death -- is the most dangerous drug ever to find its way on to the black market. It destroys the links between the brain's two hemispheres, leading first to disorentation and then to complete and irreversible brain damage. Bob Arctor, undercover narcotics agent, is trying to find a lead to the source of supply, but to pass as an addict he must become a user, and soon, without knowing what is happening to him, he is as dependent as any of the addicts he is monitoring.

One of the most original practitioners writing any kind of fiction, Dick made most of the European avant-garde seem like navel-gazers in a cul-de-sac * Sunday Times *
My literary hero * Fay Weldon *
For everyone lost in the endlessly multiplicating realities of the modern world, remember: Philip K. Dick got there first * Terry Gilliam *

Philip K. Dick (1928-1982) was born in Chicago but lived in California for most of his life. He went to college at Berkeley for a year, ran a record store and had his own classical-music show on a local radio station. He published his first short story, 'Beyond Lies the Wub' in 1952. Among his many fine novels are The Man in the High Castle, Time Out of Joint, Do Androids Dream of Electric Sheep? and Flow My Tears, the Policeman Said.

GOR001245332
A Scanner Darkly by Philip K. Dick
Philip K. Dick
S.F. Masterworks
Used - Very Good
Paperback
Orion Publishing Co
2006-08-17
224
057507681X
9780575076815
Winner of British Science Fiction Association Award for Best Novel 1979 (UK) Short-listed for John W Campbell Award 1978 (UK)
Book picture is for illustrative purposes only, actual binding, cover or edition may vary.
This is a used book - there is no escaping the fact it has been read by someone else and it will show signs of wear and previous use. Overall we expect it to be in very good condition, but if you are not entirely satisfied please get in touch with us.