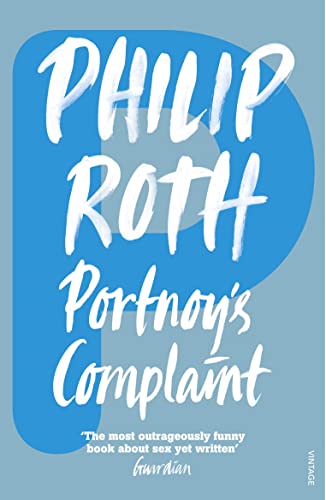 Pulitzer award-winning author Philip Roth's iconic and sensational novel about sex, psychoanalysis and growing up Portnoy's Complaint n. [after Alexander Portnoy (1933-)]:A disorder in which strongly-felt ethical and altruistic impulses are perpetually warring with extreme sexual longings, often of a perverse nature. Celebrating its fiftieth anniversary in 2019, Portnoy's Complaint, arguably Philip Roth's best-known novel, tells the tale of young Jewish lawyer Alexander Portnoy and his scandalous sexual confessions to his psychiatrist. As narrated by Portnoy, he takes the reader on a journey through his childhood to adolescence to present day while articulating his sexual desire, frustration and neurosis in shockingly candid ways. Hysterically funny and daringly intimate, Portnoy's Complaint was an immediate bestseller upon its publication and elevated Roth to an international literary celebrity. `The most outrageously funny book about sex written...Portnoy's Complaint is still a masterclass in how to get beneath the skin of sexuality. Has any other novel managed it quite so well?' Guardian

"The most scandalous book of the year and probably the decade." -- John Sutherland * The Times *
"The most outrageously funny book about sex yet written" * Guardian *
"A hysterically funny monologue which has already added a new prototype to American literature... Anyone who can recall anything of the awesome mystery and humiliating farce of growing up will find this book compulsive reading. And it is blessedly, extremely funny" * Spectator *
"Philip Roth's gift for fantasy, his superb dialogue, his ability to evoke places and atmospheres, make Portnoy's Complaint at once hilariously, scabrously funny and deeply moving" * Financial Times *
"Alexander Portnoy is a great comic character. He is going to be for many readers what his mother was for him: The Most Unforgettable Character I've Met" * New Statesman *

GOR001239368
Portnoy's Complaint by Philip Roth
Philip Roth
Vintage Blue
Used - Very Good
Paperback
Vintage Publishing
1995-03-16
272
0099399016
9780099399018
N/A
Book picture is for illustrative purposes only, actual binding, cover or edition may vary.
This is a used book - there is no escaping the fact it has been read by someone else and it will show signs of wear and previous use. Overall we expect it to be in very good condition, but if you are not entirely satisfied please get in touch with us.