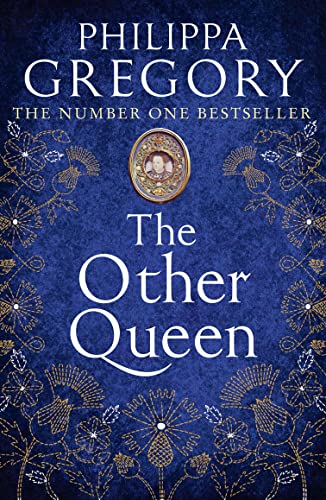 The Other Queen
by Philippa Gregory

A dramatic novel of passion, politics and betrayal from the author of The Other Boleyn Girl.

The Other Queen Summary

The Other Queen by Philippa Gregory

A dramatic novel of passion, politics and betrayal from the author of The Other Boleyn Girl.

They can fear me, and they can hate me. They can even deny me. But they cannot kill me.

1568. The Virgin Queen Elizabeth I has ruled England for ten years, but refuses to name a successor, despite the rival claims that threaten her kingdom.

Bess of Hardwick, the new Countess of Shrewsbury, has secured her future with her fourth marriage to George Talbot. Ambitious and shrewd, Bess anticipates royal favour when she and the Earl are asked to give sanctuary to the fugitive Mary Queen of Scots.

But the Scottish queen rails against house arrest in a desolate castle and plots to regain her throne. The castle becomes the epicentre of intrigue against Elizabeth, the Earl blinded by admiration for the other queen. Even Bess's own loyalty is thrown into question. If Elizabeth's spymaster William Cecil links the Talbots to the growing conspiracy to free Mary, they will all face the Tower...

The Other Queen Reviews

`Written from instinct, not out of calculation, and it shows.'
Peter Ackroyd, The Times

`For sheer pace and percussive drama it will take a lot of beating.' Sunday Times

`Gregory is great at conjuring a Tudor film-set of gorgeous gowns and golden-lattered dining. She invokes some swoonsome images...while the politics are personal enough to remain pertinent.' Daily Telegraph

`The contemporary mistress of historical crime fiction is Philippa Gregory. Her novels are filled with strong, determined women who take their fate into their own hands...Gregory brings to life the sights, smells and textures of 16th-century England.' Kate Mosse, Financial Times

GOR001221568
The Other Queen by Philippa Gregory
Philippa Gregory
Used - Very Good
Paperback
HarperCollins Publishers
2008-06-07
448
0007192142
9780007192144
N/A
Book picture is for illustrative purposes only, actual binding, cover or edition may vary.
This is a used book - there is no escaping the fact it has been read by someone else and it will show signs of wear and previous use. Overall we expect it to be in very good condition, but if you are not entirely satisfied please get in touch with us.