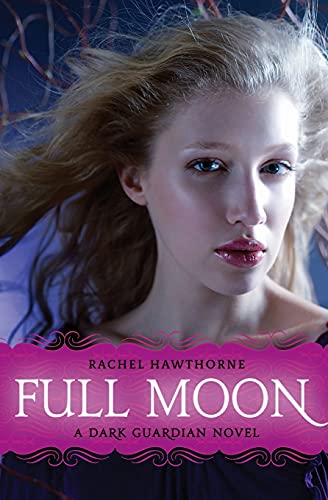 Used Price
$9.99
Free Shipping in the US
The full moon served as a spotlight.

Then dark clouds drifted over the moon, and everything went black. We'd spent the past year sharing our lives through emails, text messages, and phone calls.

During the last full moon she'd discovered that she was one of us and that Lucas Wilde was her destined mate.

Chapter One Supposedly, dreams reflect our hidden fears and secret desires, all clamoring for attention. The one I'd had last night had been so vivid that even now, as evening drew near, it still made me squirm in my chair. I sat against a wall in the counsel room where the elders and the Dark Guardians-protectors of our society-were discussing how best to ensure our survival. Because I hadn't yet experienced my first transformation, I was considered a novice and was not allowed to sit at the large, round table with the others. This was okay by me, because it gave me the freedom to let my mind wander-without anyone noticing that I wasn't paying attention. In my dream, I'd been standing in a clearing with my declared mate, Connor, our arms wrapped around each other so tightly that we could barely breathe. The full moon served as a spotlight. Then dark clouds drifted over the moon, and everything went black. Still holding him near, I was acutely aware of the muscles and bones in his body undulating against me. He grew taller and broader. My fingers were in his hair, and I felt the strands thicken and lengthen. His mouth covered mine, but his lips were fuller than before. The kiss was hungrier than any he'd ever given me. It heated me from head to toe, and I thought I knew what it was to be a candle, melting from the scorching flame. I knew I should move away, but I clung to him as though I'd drown in a sea of doubts if I let go. The hovering clouds floated away, and the moonlight illuminated us once again-only I was no longer in Connor's arms. Instead I was pressing my body against Rafe's, kissing him, yearning for his touch...I shifted uncomfortably in my chair with the memory of how desperately I'd wanted Rafe. It was Connor I was supposed to long for. But I'd woken up in a tangle of sheets, clamoring for another of Rafe's touches-even if it were only in a dream. Squirming again, I felt a sharp elbow in my ribs. "Be still, will you?" Brittany Reed whispered harshly beside me. Like me, she would soon be turning seventeen and would experience her first transformation with the next full moon. I'd known Brittany since kindergarten. We were friends, but I'd never felt as close to her as I did to Kayla-whom I'd met only last summer, when her adoptive parents had brought her to the park to face her past. We'd connected on a deep level almost as soon as we met. We'd spent the past year sharing our lives through emails, text messages, and phone calls. During the last full moon she'd discovered that she was one of us and that Lucas Wilde was her destined mate. I can't imagine how frightening it would be to have so little time to prepare. We Shifters can't control the first transformation. When the full moon rises, our bodies react to its call. But now Kayla sat at the table with the others. The summer solstice, the longest day of the year, is usually a time when as many of our kind as possible come together to celebrate our existence. But this year a pall hung over us as we gathered at Wolford, a village hidden deep within a huge national forest near the Canadian border. All that remained there of what had once been a vibrant community were a few small buildings and the massive, mansionlike structure that serves as the home of the elders who rule over us. The residence also houses most of us when we're here for the solstice celebration. We've always been a secret society. Even though we have lived among the rest of the world, we show our true selves only to each other. But recently, we discovered that Lucas's older brother had betrayed us by telling someone in the outside world about our existence. Now some scientists who work for a medical research company called Bio-Chrome were determined to capture us and discover what makes us tick-or more important, what makes us transform. They wanted to patent this ability, develop it, and use it for their own financial gain. But being dissected and studied wasn't how any of us wanted to spend our summer vacation. Although we hadn't seen any signs of Bio-Chrome scientists since Lucas and Kayla had escaped from their clutches, none of us believed they'd given up their quest so easily. We were all on edge because we could sense an impending confrontation-the way animals sense a coming storm. Nature had made us attuned to danger. It was the reason we hadn't gone the way of the dinosaur.

Rachel Hawthorne believes in happy endings and adopting older rescue dogs. She also writes as New York Times bestselling author Lorraine Heath and as J. A. London with her son, Alex. She lives near Dallas, Texas, with her husband and is presently spoiling a pooch named Jake.

GOR003554903
Dark Guardian #2: Full Moon by Rachel Hawthorne
Rachel Hawthorne
Dark Guardian
Used - Very Good
Paperback
HarperCollins Publishers Inc
2009-06-01
272
0061709565
9780061709562
N/A
Book picture is for illustrative purposes only, actual binding, cover or edition may vary.
This is a used book - there is no escaping the fact it has been read by someone else and it will show signs of wear and previous use. Overall we expect it to be in very good condition, but if you are not entirely satisfied please get in touch with us.