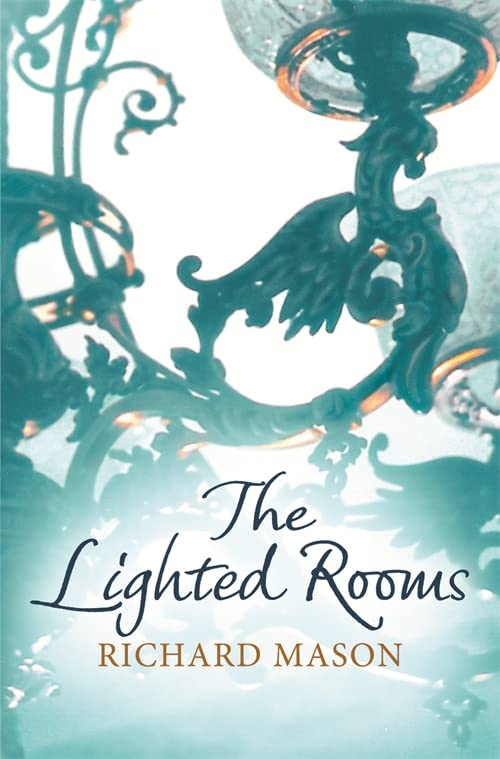 The Lighted Rooms
by Richard Mason

In Stock
$11.69
By the bestselling author of The Drowning People
Very Good
Only 1 left

The Lighted Rooms by Richard Mason

By the bestselling author of The Drowning People

Joan McAllistair is about to embark on the 'Trip of a Lifetime' with her daughter Eloise; a journey back to her childhood South Africa and the family homestead in the old Boer Republic of the Orange Free State. For Eloise, a successful hedge fund manager, the trip is partly a gift, partly a means of assuaging the guilt she feels at moving her mother from her own flat to an expensive care home.

Joan has not visited the country since she was twenty-two but the chance discovery of her grandmother's journal transports her to the troubled times of the Anglo-Boer war. Eloise, in the meantime, has gambled her company's entire fortune on a promise made by an old lover - a scientist whose life's work has been stalled by a broken heart.

As their stories unravel and Joan is faced with the prospect of being surrounded by strangers who do not understand her, she takes increasing refuge in the landscape of her mind - in journeys to her own past. She also finds an unexpected friend in a lonely teenager who shares her fascination with history, in particular the haunting story of a young girl and boy who once lived in the home.

Moving between nineteenth-century England and South Africa, war-time Paris and London, The Lighted Rooms is a stunningly incisive and poignant novel about family, duty and the challenging world of the mind.

?Richard Mason weaves an engrossing tale of memory, ambition and shifting familial duties.? * DAILY MAIL *
an engaging story * LITERARY REVIEW *
?Stand by for a sweeping historical drama, mixing the political with the personal, as one family looks back at a very troubled past? * DAILY MIRROR *
a brilliant portrait of old age * TATLER *
this shocking, compassionate and exquisitely written novel * WOMAN & HOME *
This is an involving book that explores family legacies, ties and love with real perception. * EASY LIVING *
a moving and uplifting novel by a writer at the height of his powers * SAINSBURY'S MAGAZINE *
A beautifully crafted novel with two superbly drawn women at its heart * TIMES *
Mason's eloquent depiction of mental collapse and the grief it causes. * TIME OUT *
Mason can draw wonderful characters without toe-curling cliches. Patrick Derby, Eloise's biro-munching boss, is wonderful. * THE SCOTSMAN *
'the subtle style that marked his debut, with hints and suggestions nestling amongst the leisurely prose, is still evident in The Lighted Rooms?a rewarding read'. * SUNDAY TELEGRAPH *
the book is a thoughtful and at times hilarious challenge to assumptions about ageing, family and history, and draws and angry parallel between US action in Iraq and British action in the Transvaal. * INDEPENDENT ON SUNDAY *
A mesmerising novel... Peopled with believeable characters it is a beautifully crafted exploration of love, duty and friendship. * CHOICE *
Mason's novel is touching, funny and highly original. * MAIL ON SUNDAY *

Richard Mason was born in South Africa in 1978 to activist parents who settled in England when he was ten. Brought up and educated in Britain he wrote his first novel, The Drowning People, before going to Oxford. In the intervening years, Richard finished his degree, then set up an educational charity in memory of his sister Kay. The Kay Mason Foundation provides scholarships to disadvantaged South African children, paying for them to attend some of the country's best schools.

GOR001222884
The Lighted Rooms by Richard Mason
Richard Mason
Used - Very Good
Hardback
Orion Publishing Co
2007-01-01
400
0297853198
9780297853190
N/A
Book picture is for illustrative purposes only, actual binding, cover or edition may vary.
This is a used book - there is no escaping the fact it has been read by someone else and it will show signs of wear and previous use. Overall we expect it to be in very good condition, but if you are not entirely satisfied please get in touch with us.