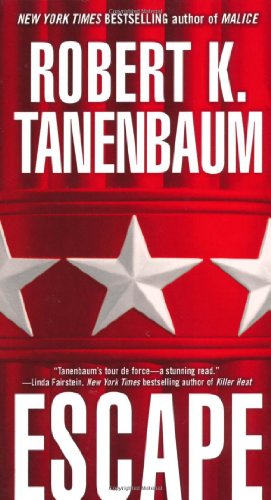 New York District Attorney Butch Karp struggles to make Jessica Campbell, a rabble-rousing political science professor, pay for the gruesome murder of her three children. Campbell claims God told her to "send her three children to Him," and it is up to Karp to prove that she was fully aware of the nature and consequences of her actions.

Meanwhile, an Islamic terrorist who calls himself "The Sheik" and his suicidal "jihadi" followers devise a plan, an incendiary attack that will occur in Manhattan's heartland. If successful, it would have a devastating effect on the economy on the United States and the world. Before time runs out, it is up to Karp, his wife Marlene Ciampi, their daughter Lucy, and an eccentric yet effective group of accomplices to stop them.

As these two fast-paced plots interweave with explosive twists and turns, Tanenbaum dares to ask: Is it acceptable for a person to commit murder if the killer believes it is God's will? Does this motive provide the murderer with an easy out using the insanity defence? And perhaps, most provocatively, just how insane is the insanity defence itself?

"A fast-paced, provocative legal thriller that Tanenbaum almost has a copyright on." -- Vincent Bugliosi, former Los Angeles District Attorney and bestselling author of Helter Skelter
"One hell of a writer." -- New York Post

GOR001858467
Escape by Robert K. Tanenbaum
Robert K. Tanenbaum
A Butch Karp-Marlene Ciampi Thriller
Used - Very Good
Paperback
Simon & Schuster
2009-02-24
736
1416546790
9781416546795
N/A
Book picture is for illustrative purposes only, actual binding, cover or edition may vary.
The book has been read but remains in clean condition. All pages are intact and the cover is intact. Some minor wear to the spine.