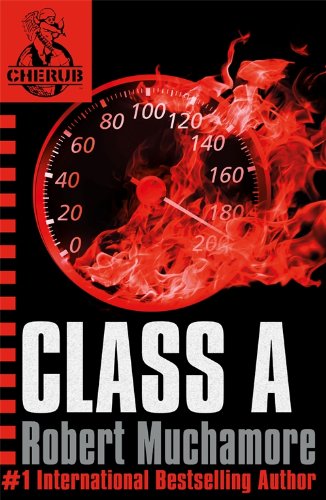 CHERUB: Class A
by Robert Muchamore

The second title in the number one bestselling CHERUB series! James' mission is to try where dozens of attempts by undercover police officers have failed ...

When CHERUB kids go undercover, no one suspects that they are trained professionals, working to infiltrate criminal organisations that have eluded MI5 and the police for years.

James Adams is on his biggest mission yet, working to nail Europe's most powerful cocaine dealer. He'll need all his specialist training if he's going to bring down the man at the top.

The reason for CHERUB's existence is simple: adults never suspect that children are spying on them.

Enthralling * Toxic Magazine *
Praise for books in the CHERUB series: 'Punchy, exciting, glamorous and, what's more, you'll completely wish it was true.' * Sunday Express *
'Crackling tension and high-octane drama.' * Daily Mail *
'A really good book that you could re-read over and over again.' * Guardian *
'Pacy writing, punchy dialogue and a gripping plot, it's got it all.' * Daily Express *
'Fast-moving action ... and cool gadgets!' * The Times *

GOR001247419
CHERUB: Class A: Book 2 by Robert Muchamore
Robert Muchamore
CHERUB
Used - Very Good
Paperback
Hachette Children's Group
2004-10-14
320
0340881542
9780340881545
N/A
Book picture is for illustrative purposes only, actual binding, cover or edition may vary.
This is a used book - there is no escaping the fact it has been read by someone else and it will show signs of wear and previous use. Overall we expect it to be in very good condition, but if you are not entirely satisfied please get in touch with us.