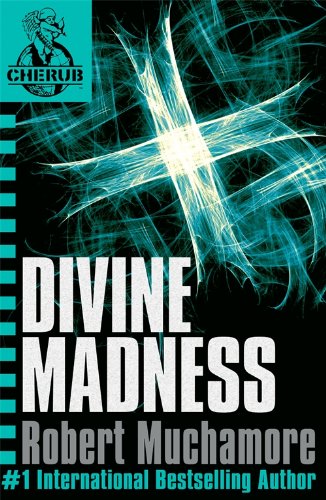 In Stock
$7.99
CHERUB: the number one bestselling spy thriller series for kids.
Like New Very Good Good
Only 1 left

The fifth title in the number one bestselling CHERUB series! James and his fellow cherubs infiltrate an Australian cult, in the most exciting CHERUB story yet.

CHERUB exists for the simplest of reasons: even a master criminal doesn't suspect that the kid next door is a spy.

When CHERUB uncovers a link between eco-terrorist group Help Earth and a wealthy religious cult known as The Survivors, James Adams is sent to Australia on an infiltration mission.

It's his toughest job so far. The Survivors' outback headquarters are completely isolated, and the cult's brainwashing techniques mean James is under massive pressure to conform.

This time he's not just fighting terrorists. He's got to battle to keep control of his own mind.

Praise for books in the CHERUB series: 'Punchy, exciting, glamorous and, what's more, you'll completely wish it was true.' * Sunday Express *
Boys as well as girls should find this a pretty compulsive read * Books For Keeps *
'Crackling tension and high-octane drama.' * Daily Mail *
'A really good book that you could re-read over and over again.' * Guardian *
'Pacy writing, punchy dialogue and a gripping plot, it's got it all.' * Daily Express *
'Fast-moving action ... and cool gadgets!' * The Times *

GOR009372451
CHERUB: Divine Madness: Book 5 by Robert Muchamore
Robert Muchamore
CHERUB
Used - Like New
Paperback
Hachette Children's Group
2006-04-06
384
0340894342
9780340894347
N/A
Book picture is for illustrative purposes only, actual binding, cover or edition may vary.
The book has been read, but looks new. The book cover has no visible wear, and the dust jacket is included if applicable. No missing or damaged pages, no tears, possible very minimal creasing, no underlining or highlighting of text, and no writing in the margins.