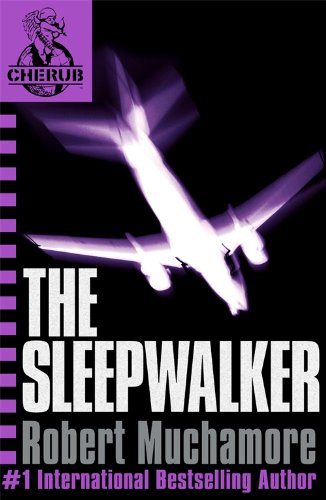 CHERUB: The Sleepwalker
by Robert Muchamore

In Stock
$8.39
CHERUB: the number one bestselling spy thriller series for kids.
Like New Very Good Good
64 in stock

The ninth title in the number one bestselling CHERUB series! James is getting into trouble on campus, while Lauren has an air crash to investigate ...

An airliner explodes over the Atlantic leaving 345 people dead. Crash investigators suspect terrorism, but they're getting nowhere.

A distressed twelve-year-old calls a police hotline and blames his father for the explosion. It could be a breakthrough, but there's no hard evidence and the boy has a history of violence and emotional problems.

Only CHERUB agents can unearth the truth. They're trained professionals with one essential advantage: adults never suspect that children are spying on them.

A cracking yarn * Aberdeen Evening Express *
Great ... for anyone who loves to be caught up in an adventure * Chapelfield Magazine *
Praise for books in the CHERUB series: 'Punchy, exciting, glamorous and, what's more, you'll completely wish it was true.' * Sunday Express *
'Crackling tension and high-octane drama.' * Daily Mail *
'A really good book that you could re-read over and over again.' * Guardian *
'Pacy writing, punchy dialogue and a gripping plot, it's got it all.' * Daily Express *
'Fast-moving action ... and cool gadgets!' * The Times *

GOR001233960
CHERUB: The Sleepwalker: Book 9 by Robert Muchamore
Robert Muchamore
CHERUB
Used - Very Good
Paperback
Hachette Children's Group
2008-02-07
336
0340931833
9780340931837
Winner of Independent Booksellers Award 2008 (UK)
Book picture is for illustrative purposes only, actual binding, cover or edition may vary.
This is a used book - there is no escaping the fact it has been read by someone else and it will show signs of wear and previous use. Overall we expect it to be in very good condition, but if you are not entirely satisfied please get in touch with us.