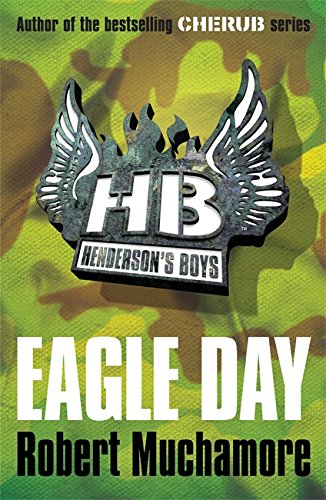 In Stock
$9.19
The very first CHERUB adventure is about to begin ...
Like New Very Good Good
Only 4 left

Hitler has conquered France. Now he intends to cross the Channel and defeat Britain before winter arrives.

A group of young refugees led by British spy Charles Henderson faces a stark choice. To head south into the safety of neutral Spain, or go north on a risky mission to sabotage the German invasion plans.

A thrilling page turner you won't want to put down * Western Mail *
'Muchamore's plain, punchy,often funny style ... is highly effective. This clever, tense novel is a great way of getting bored boys interested in history.' (The Escape) * Amanda Craig, The Times *
'It has the feel of something quite big and satisfying...Muchamore's voice is fresh and direct.' (The Escape) * The Daily Telegraph *
Mixes espionage and gritty realism when dealing with children in the midst of a war * Waterstones Quarterly, March 2009 *
'This book was un-putdownable. It gripped me from start to finish, and was just as good as the CHERUB series, if not better.' (The Escape) * Aaron, 14, First News *
Praise for books in the CHERUB series: 'Punchy, exciting, glamorous and, what's more, you'll completely wish it was true.' * The Sunday Express *
'an exciting action packed tale... a thrilling page turner that you won't want to put down' * Liverpool Echo *

Robert Muchamore was born in Islington in 1972 and spent thirteen years working as a private investigator. He was inspired to create the CHERUB series by his nephews` complaints about the lack of anything for them to read!

GOR010470224
Henderson's Boys: Eagle Day: Book 2 by Robert Muchamore
Robert Muchamore
Henderson's Boys
Used - Like New
Paperback
Hachette Children's Group
2009-06-04
432
0340956496
9780340956496
N/A
Book picture is for illustrative purposes only, actual binding, cover or edition may vary.
This is a used book - there is no escaping the fact it has been read by someone else and it will show signs of wear and previous use. Overall we expect it to be in very good condition, but if you are not entirely satisfied please get in touch with us.