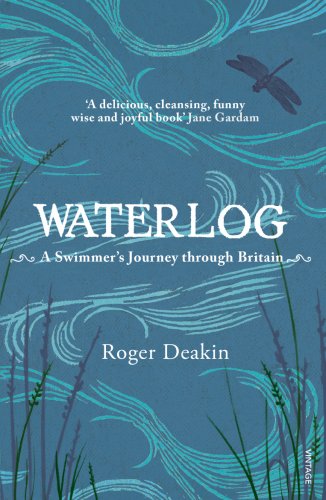 Out of Stock
$13,39
Encompassing cultural history, autobiography, travel writing and natural history, Waterlog is a personal journey, a bold assertion of the native swimmer's right to roam, and an unforgettable celebration of the magic of water.
Like New
Only 0 left

Roger Deakin set out in 1996 to swim through the British Isles. The result a uniquely personal view of an island race and a people with a deep affinity for water. From the sea, from rock pools, from rivers and streams, tarns, lakes, lochs, ponds, lidos, swimming pools and spas, from fens, dykes, moats, aqueducts, waterfalls, flooded quarries, even canals, Deakin gains a fascinating perspective on modern Britain. Detained by water bailiffs in Winchester, intercepted in the Fowey estuary by coastguards, mistaken for a suicude on Camber sands, confronting the Corryvreckan whirlpool in the Hebrides, he discovers just how much of an outsider the native swimmer is to his landlocked, fully-dressed fellow citizens. Encompassing cultural history, autobiography, travel writing and natural history, Waterlog is a personal journey, a bold assertion of the native swimmer's right to roam, and an unforgettable celebration of the magic of water.

A delicious, cleansing, funny, wise and joyful book, so wonderfully full of energy and life. I loved it -- Jane Gardam
Highly entertaining...Waterlog is a book about a cold, wet subject written with a warmth and passion it surely deserves, but has rarely had before * Guardian *
A wonderful and romantic tale told by a true English eccentric...think Ratty, think Mole, think three men falling out of a boat...enchanting -- Michele Roberts * Financial Times *
A travel book like no other, it is rich and deep with insights on modern Britain * The Independent *

Roger Deakin, who died in 2006, was a writer, filmmaker and environmentalist of international renown. He was a founder member of Friends of the Earth, and co-founded Common Ground. He lived for thirty-eight years in a moated farmhouse in Suffolk. Waterlog, which was first published in 1999, became a word-of-mouth bestseller, and is now an established classic of the nature writing canon.

GOR007951217
Waterlog by Roger Deakin
Roger Deakin
Used - Like New
Paperback
Vintage Publishing
2000-04-29
352
0099282550
9780099282556
N/A
Book picture is for illustrative purposes only, actual binding, cover or edition may vary.
The book has been read, but looks new. The book cover has no visible wear, and the dust jacket is included if applicable. No missing or damaged pages, no tears, possible very minimal creasing, no underlining or highlighting of text, and no writing in the margins.