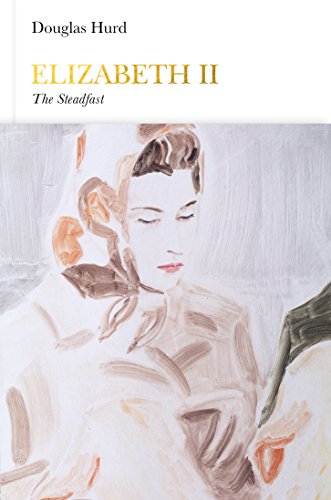 Used Price
$9.99
Free Shipping in the US
In September 2015 Queen Elizabeth II becomes Britain's longest-reigning monarch. During her long lifetime Britain and the world have changed beyond recognition, yet throughout she has stood steadfast as a lasting emblem of stability, continuity and public service. This book deals with her life and work.
Reviews:
Trustpilot
Very Good

In September 2015 Queen Elizabeth II becomes Britain's longest-reigning monarch. During her long lifetime Britain and the world have changed beyond recognition, yet throughout she has stood steadfast as a lasting emblem of stability, continuity and public service.

Historian and senior politician Douglas Hurd has seen the Queen at close quarters, as Home Secretary and then on overseas expeditions as Foreign Secretary. Here he considers the life and role of Britain's most greatly admired monarch, who, inheriting a deep sense of duty from her father George VI, has weathered national and family crises, seen the end of an Empire and heard voices raised in favour of the break-up of the United Kingdom.

Hurd creates an arresting portrait of a woman deeply conservative by nature yet possessing a ready acceptance of modern life and the awareness that, for things to stay the same, they must change.

With a preface by HRH Prince William, Duke of Cambridge

Douglas Hurd is a politician, biographer and novelist who served in the governments of Margaret Thatcher and John Major, as Minister for Europe (1979-83), Secretary of State for Northern Ireland (1984-85), Home Secretary (1985-89) and Secretary of State for Foreign and Commonwealth Affairs (1989-95). His previous books include his Memoirs, Robert Peel: A Biography and, with Edward Young, Choose Your Weapons: The British Foreign Secretary - 200 Years of Argument, Success and Failure.

GOR006902798
Elizabeth II (Penguin Monarchs): The Steadfast by Rt. Hon Lord Douglas Hurd
Rt. Hon Lord Douglas Hurd
Penguin Monarchs
Used - Very Good
Hardback
Penguin Books Ltd
2015-08-27
112
0141979410
9780141979410
N/A
Book picture is for illustrative purposes only, actual binding, cover or edition may vary.
This is a used book - there is no escaping the fact it has been read by someone else and it will show signs of wear and previous use. Overall we expect it to be in very good condition, but if you are not entirely satisfied please get in touch with us.