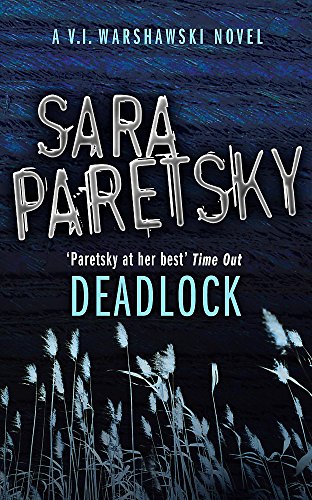 Used Price
$8.39
Free Shipping in the US
The second novel in the acclaimed V.I. Warshawski series from one of America's greatest female crime writers.
Reviews:
Trustpilot
Very Good

Boom Boom's body was found floating near the docks, chewed up and spat out by a ship's propeller. More like brother and sister than cousins, Vic and Boom Boom looked out for each other. Boom Boom grew up to be an ice hockey hero, and Vic a private eye. And now V.I. Warshawski would like to know how, exactly, her cousin died . . .

How enjoyable to settle down with a new book by Sara Paretsky. * Sunday Telegraph *
With the creation of V.I. Warshawski, Sara Paretsky did more than anyone to change the face of contemporary women's fiction. * Express on Sunday *
Warshawski's darkest outing, with no sign that her creator is flagging. Paretsky has written a novel in which a great deal is stripped bare, including Warshawski's innermost anxieties about herself, producing a narrative as gripping as it is emotionally wrenching. * JOAN SMITH, Sunday Times *

GOR001287177
Deadlock: V.I. Warshawski 2 by Sara Paretsky
Sara Paretsky
Used - Very Good
Paperback
Hodder & Stoughton General Division
2007-10-04
352
0340935138
9780340935132
N/A
Book picture is for illustrative purposes only, actual binding, cover or edition may vary.
This is a used book - there is no escaping the fact it has been read by someone else and it will show signs of wear and previous use. Overall we expect it to be in very good condition, but if you are not entirely satisfied please get in touch with us.