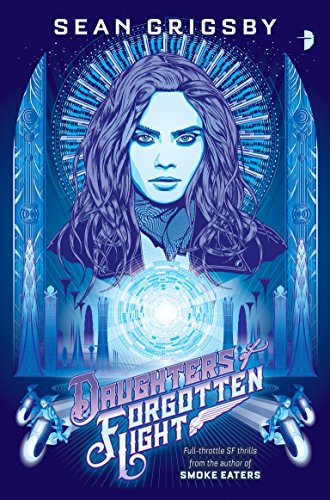 Used Price
$10.39
Free Shipping in the US
A floating prison is home to Earth's unwanted people, where they are forgotten... but not yet dead, in this wild science fiction adventure
Reviews:
Trustpilot
Very Good

Deep space penal colony Oubliette, population: scum.Lena "Horror" Horowitz leads the Daughters of Forgotten Light, one of three vicious gangs fighting for survival on Oubliette. Their fragile truce is shaken when a new shipment arrives from Earth carrying a fresh batch of prisoners and supplies to squabble over. But the delivery includes two new surprises: a drone, and a baby. Earth Senator Linda Dolfuse wants evidence of the bloodthirsty gangs to justify the government finally eradicating the wasters dumped on Oubliette. There's only one problem: the baby in the drone's video may be hers.File Under: Science Fiction [ Banged Up | Out of Mind | Girls Gone Bad | Moppet in Space ]

"A fun, fast, foul-mouthed thrill ride with more than its share of real surprises and pathos."
"An incredibly diverse cast of villains who all just happen to be female, motorcycles that run on light and a glass prison in space, Daughters of Forgotten Light is a joyride into anarchy and out the other side."
"Rollicking pulp action around a deep, dark heart brimming with barely-contained rage. Even pitted at deadly odds against one another, the women of Daughters of Forgotten Light form powerful relationships that shine against their bleak world."

SEAN GRIGSBY is a professional firefighter in central Arkansas, where he writes about lasers, aliens, and guitar battles with the Devil when he's not fighting dragons. He grew up on Goosebumps books in Memphis, Tennessee, and hosts the Cosmic Dragon podcast.

GOR010080876
Daughters of Forgotten Light by Sean Grigsby
Sean Grigsby
Used - Very Good
Paperback
Watkins Media
2018-09-06
352
0857667955
9780857667953
N/A
Book picture is for illustrative purposes only, actual binding, cover or edition may vary.
This is a used book - there is no escaping the fact it has been read by someone else and it will show signs of wear and previous use. Overall we expect it to be in very good condition, but if you are not entirely satisfied please get in touch with us.