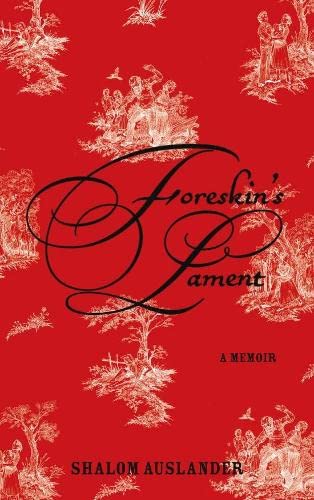 In Stock
$8.69
Shalom Auslander was raised with a terrified respect for God. Even as he grew up and was cast out of his community, he continued to struggle against Him daily.
Very Good
Only 3 left

Foreskin's Lament reveals Auslander's youth in a strict, socially isolated Orthodox community, and recounts his rebellion and efforts to make a new life apart from it. Auslander remembers his youthful attempt to win the `blessing bee' (the Orthodox version of a spelling bee), his exile to reform school in Israel after being caught shoplifting a cassette tape of West Side Story, and his twenty-five-mile hike to watch the New York Rangers play in Madison Square Garden without violating the Sabbath. Throughout, Auslander struggles to understand God and His complicated, often contradictory laws. But ultimately, he settles for a ceasefire with God, accepting the very slim remaining hope that his newborn son might live free of guilt, doubt, and struggle.

Auslander's combination of unrelenting humour and anger - a voice that compares to those of David Sedaris and Dave Eggers - delivers a rich and fascinating self-portrait of a man grappling with his faith, family, and community.

'There is a serious point to Auslander's fictional games. He wants us to be careful of taking any figure of authority too seriously; God is just the prime example . . . Its real heroes are literary: writers such as James Joyce and Samuel Beckett who use prose to get at something more mysterious and mystical than any religion - our love of and trust in language, to amuse and distract us from death' Times Literary Supplement

Shalom Auslander was raised in Monsey, New York. Nominated for the Koret Award for writers under thirty-five, he has published articles in Esquire, the New York Times Magazine, Tablet, and the New Yorker, and has had stories aired on NPR's This American Life. He is the author of the short-story collection Beware of God and the memoir Foreskin's Lament. He lives in New York.

GOR001224520
Foreskin's Lament by Shalom Auslander
Shalom Auslander
Used - Very Good
Hardback
Pan Macmillan
2008-02-15
320
033045353X
9780330453530
N/A
Book picture is for illustrative purposes only, actual binding, cover or edition may vary.
This is a used book - there is no escaping the fact it has been read by someone else and it will show signs of wear and previous use. Overall we expect it to be in very good condition, but if you are not entirely satisfied please get in touch with us.