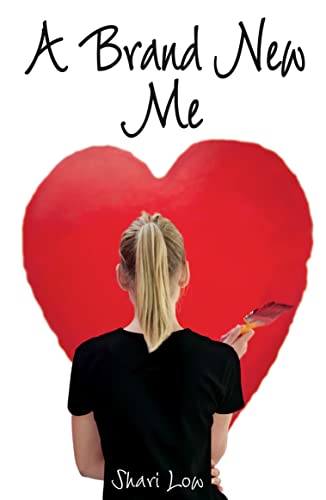 A Brand New Me
by Shari Low

For anyone who's ever thought January 1st would be the first day of their new life...

A Brand New Me Summary

A Brand New Me by Shari Low

For anyone who's ever thought January 1st would be the first day of their new life...

The champagne corks popped, streamers fell, the music blared, lovers embraced and hearts overflowed with joy as they welcomed in a new year...

But unfortunately all that happened on the TV.

In Leni Lomond's living room three twenty-something friends sat shrouded in dejection, each clutching a sparkler in one hand and a drink in the other.

Leni is now PA to Zara Delta, spiritual guru, author, television celebrity and founder of the web's most popular astrology site www.itsinthestars.net. So what if she doesn't know her rising moon from Uranus, she'll wing it somehow. Less than a month into the New Year and she's already on her way to fulfilling one of her resolutions. But she hasn't counted on her first assignment - to date men who belong to every sign of the zodiac and then report back to her batty boss.

Exasperation, cynicism and sheer exhaustion soon set in.
Just when Leni's ready to give it all up, forget her resolutions and return to a life of tedium her fortunes begin to turn.

Can Leni control her fate, her feelings and fulfil the promise she made to herself at the start of the year? Or is her destiny already written in the stars?

Customer Reviews - A Brand New Me

A Brand New Me Reviews

Praise for THE MOTHERHOOD WALK OF FAME:

`There are just two words for Shari Low: utterly hilarious. I laughed like a drain.' Carmen Reid, author of The Personal Shopper

`A thrilling page turner that grabs your attention from the off. Highly recommended.' The Sun

For much of Shari's working life she was a nightclub manager, standing on club doors arguing with crazy drunk people in Glasgow and Shanghai. She also ran a leisure complex in Hong Kong, a position that, given her ample curves, made her the fattest health club manager in South East Asia. However, one March day in 2000, she got her first book deal. Ten minutes later she discovered that she was pregnant. Two children, stretch marks and oh-my-God-the-cellulite later, Shari now spends her days writing books, screenplays and two weekly columns for the Daily Record. It's great... but she does miss the crazy drunk people...

GOR000948853
A Brand New Me by Shari Low
Shari Low
Used - Very Good
Paperback
HarperCollins Publishers
2008-12-29
416
1847560172
9781847560179
N/A
Book picture is for illustrative purposes only, actual binding, cover or edition may vary.
This is a used book - there is no escaping the fact it has been read by someone else and it will show signs of wear and previous use. Overall we expect it to be in very good condition, but if you are not entirely satisfied please get in touch with us.