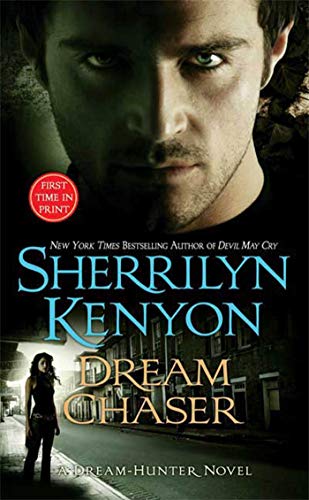 Used Price
$8.69
Free Shipping in the US
In this third novel in the "New York Times" bestselling Dream-Hunter series, Xypher meets Simone Dubois, but is tempted to dismiss her as another human he doesnt have time for. However, after someone makes attempts on Simones life, Xypher finds himself protecting the woman whos staking a powerful claim on his heart. Original.
Reviews:
Trustpilot
Very Good

Hades doesn't often give second chances...Xypher has one month on Earth to redeem himself through one good deed or be condemned to eternal torture in Tarturus. But redemption means little to a demigod who only wants vengeance on the one who caused his downfall. Until one day in a cemetery...Simone Dubois is a medical examiner with a real knack for the job. Those who are wrongfully killed appear to her and help her find the evidence the police need to convict their killers. But when a man appears and tells her that she's more than just a psychic, she's convinced he's insane. Now the fate of the world hangs in her hands...It was bad enough when just the dead relied on her. Now's there's the seductive Dream-Hunter Xypher who needs Simone's help in opening a portal to the Atlantean hell realm to fight insatiable demons. The future of mankind is at stake--and so is her life. The only question now is: Who is the bigger threat: the demons out to kill her, or the man who has left her forever changed?

DARK SIDE OF THE MOON
"Kenyon's writing is brisk, ironic, sexy, and relentlessly imaginative. These are not your mother's vampire novels."--"The Boston Globe"

"A delicious balance of suspense and sensuality."--"Publishers Weekly"

KISS OF THE NIGHT

"With its frenetic, "Matrix"-style fight scenes and feral, leather-clad heroes, this book makes it easy to see why Kenyon's fantasy world has caught on so quickly and even inspired some readers to role-play on her Web site...an entertaining thrill ride."--"Publishers Weekly"

DANCE WITH THE DEVIL

"Using figures from mythology, Sherrilyn Kenyon provides a deep novel that a romantic fantasy lover will cherish. A powerful story that makes believers of skeptics that Ancient Gods and Goddesses, Dark Hunters, Dayslayers, and other mythological characters walk among us...another fine myth from a superb storyteller climbing to the top." --"Baryon Magazine"

"With her steamy, action-packed Dark-Hunter novels, Kenyon is ushering in a whole new class of night dwellers...an abundance of hot sex and snappy dialogue keep the plot both accessible and appealing. With its courageous, unconventional characters and wry humor, this fast-moving fantasy will fill the void left by the end of the "Buffy the Vampire Slayer" series." --"Publishers Weekly"

Praise for DREAM CHASER: "Humor, snappy dialogue and general character crankiness make this one of Kenyon's most entertaining. The interplay between characters is lively, and the plot threads twisty--all leading to a most excellent adventure." "Romantic Times BOOKreviews "(Top Pick, 4 1/2 stars) DEVIL MAY CRY: "Irresistible."--"Publishers Weekly" DARK SIDE OF THE MOON

"Kenyon's writing is brisk, ironic, sexy, and relentlessly imaginative. These are not your mother's vampire novels."--"The Boston Globe"

"Kenyon is the reigning queen of the vampire novel."--Barbara Vey, "Publishers Weekly"

"An engaging read."--"Entertainment Weekly" on "Devil May Cry"

"Kenyon's writing is brisk, ironic, sexy, and relentlessly imaginative. These are not your mother's vampire novels."--"The Boston Globe" on "Dark Side of the Moon"

In the past two years, New York Times bestselling author Sherrilyn Kenyon has claimed the #1 spot twelve times, and since 2004, she has placed more than 50 novels on the New York Times list. This extraordinary bestseller continues to top every genre she writes. With more than 23 million copies of her books in print in over 30 countries, her current series include: The Dark-Hunters, The League, Lords of Avalon, BAD Agency, Chronicles of Nick and Nevermore. A preeminent voice in paranormal fiction, Kenyon helped pioneer and define the current paranormal trend that has captivated the world. She lives with her husband, three sons, a menagerie of animals and a collection of swords.

GOR002189356
Dream Chaser by Sherrilyn Kenyon
Sherrilyn Kenyon
Used - Very Good
Paperback
Unknown
0
0312938829
9780312938826
N/A
Book picture is for illustrative purposes only, actual binding, cover or edition may vary.
This is a used book - there is no escaping the fact it has been read by someone else and it will show signs of wear and previous use. Overall we expect it to be in very good condition, but if you are not entirely satisfied please get in touch with us.