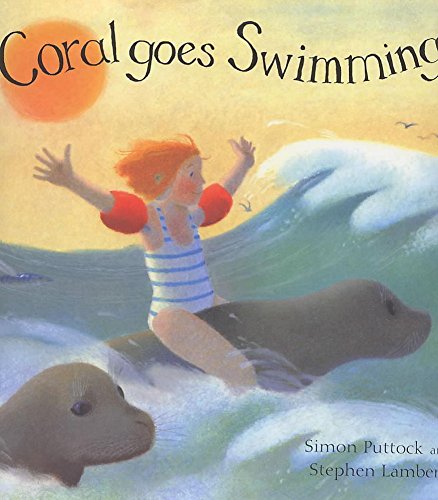 In Stock
$10.39
On a hot day Coral is floating in a paddling pool in her garden but soon she's swimming the oceans of the world meeting whales, penguins and seals along the way.
Very Good Good
Only 4 left

Lying in her paddling pool, Coral lets her imagination take her round the world's oceans, hopping off at different continents and playing with the seas' creatures.

A lyrical text and stunning illustrations combine to make a truly beautiful picture book, which will open children's eyes to the world beyond their environs.

THE AUTHOR - Simon Puttock travelled extensively as a child, growing up in places as diverse as Barbados and Kent! He studied English at Newcastle University and is now an established figure in the children's bookselling world, working for Waterstones, Newcastle. This is his first picture book.

Lesley Agnew is very taken with the beautiful artwork by Stephen Lambert. * The Children's Bookseller (March 2000) *

THE ILLUSTRATOR - Stephen Lambert is a well-known illustrator, who has worked with many major children's authors. He attended Lincoln College of Art. He now lives in Cornwall.

GOR001241230
Coral Goes Swimming by Simon Puttock
Simon Puttock
Used - Very Good
Paperback
Hachette Children's Group
2000-03-16
32
0340724080
9780340724088
N/A
Book picture is for illustrative purposes only, actual binding, cover or edition may vary.
This is a used book - there is no escaping the fact it has been read by someone else and it will show signs of wear and previous use. Overall we expect it to be in very good condition, but if you are not entirely satisfied please get in touch with us.