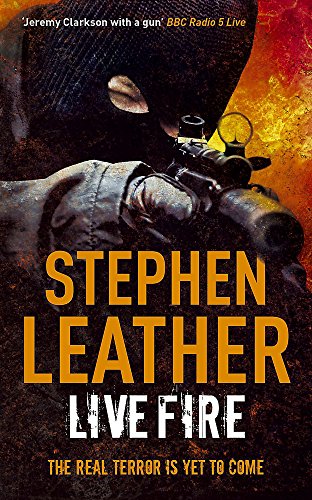 In Stock
$9.69
Dan 'Spider' Shepherd returns in the sixth finger-on-the-pulse action adventure in the series: if you like Andy McNab, you'll love Stephen Leather.
Like New Very Good Good
Only 1 left

The sixth book in the bestselling Dan 'Spider' Shepherd series.

Mickey and Mark Moore are Ordinary Decent Criminals - hard men who live by their own code and leaders of a gang that has made millions at the point of a gun.

But when Dan 'Spider' Shepherd is sent to infiltrate the tightly-knit team of bank robbers, he discovers that he has more in common with them then he first thought. And that perhaps being a career criminal isn't the worst thing in the world.

As Shepherd and his Serious Organised Crime Agency colleagues plot the downfall of the Moore brothers, a more sinister threat stalks the streets of London. A group of home-grown Islamic fundamentalist fanatics embark on a campaign of terror the like of which Britain has never seen. Car bombs and beheadings are only the prelude of what they have planned.

And Shepherd is the only man who can stop them.

GOR010474855
Live Fire: The 6th Spider Shepherd Thriller by Stephen Leather
Stephen Leather
The Spider Shepherd Thrillers
Used - Like New
Paperback
Hodder & Stoughton General Division
2009-08-20
480
0340921757
9780340921753
N/A
Book picture is for illustrative purposes only, actual binding, cover or edition may vary.
This is a used book - there is no escaping the fact it has been read by someone else and it will show signs of wear and previous use. Overall we expect it to be in very good condition, but if you are not entirely satisfied please get in touch with us.