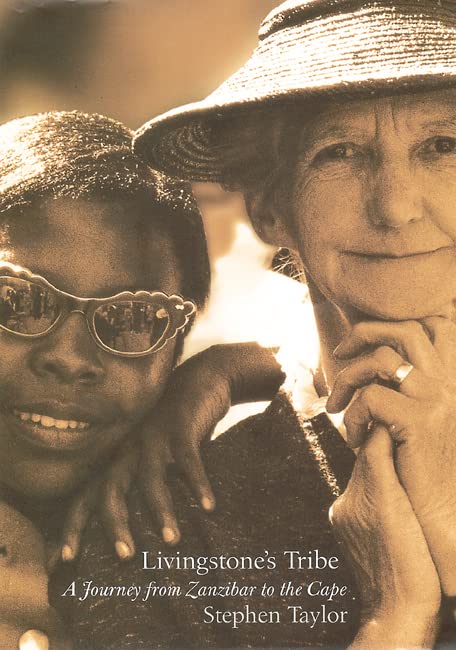 An extraordinary, passionate and personal journey into Africa's past.

Livingstone's Tribe: A Journey From Zanzibar to the Cape by Stephen Taylor

An extraordinary, passionate and personal journey into Africa's past.

Meshing together Africa's colonial history and the personalities of that time with his own memories of the turbulent twentieth century and its characters, Stephen Taylor will travel from Lake Victoria to the Cape of Good Hope - from the place that represents the peak of colonial exploration in Africa to the first settling place of his own family. His description and re-evaluation of the colonial period shows it in all its drama, glamour and disreputableness - a wilder version of the Raj.

Through this present-day journey, Taylor will trace the legacy of Africa's history and, in particular, of the place in it of the Whites. The journey will be a quest for understanding: of the colonial impulse, of his own curious ambivalence towards the great continent in which he grew up, and of the southern African countries' - in particular South Africa's - future. It will be a wonderfully evocative, lyrical description of some of the most dramatic lands in the world - thoughtful, historical, philosophical travel writing of the best kind.

`A masterpiece.This is a hugely ambitious book, a history of his family's involvement with Africa over 70 years ... riveting.' Matthew Leeming, The Spectator

`He captures brilliantly the voracity of the global media and is only too aware of his own role in `feeding the beast'. The life of war correspondent is well chronicled: fear, disgust and adrenaline pervade Hartley's writing as he describes their doings...he leaves the reader with a mesmerising portrait of his beloved Africa's unhappy squalor.' Charlie Campbell, Time Out

Stephen Taylor was born in South Africa in 1948 and grew up near Johannesburg. At the age of twenty-two he made his home in Britain and travelled for four years in the Middle East and South Asia. From 1980-1987 he was foreign correspondent for The Times and the Observer based in Africa, South East Asia and Australia. Both his previous books have had African subjects, including Shaka's Children: a History of the Zulu People. He works for The Times and is married with two children.

GOR001927761
Livingstone's Tribe: A Journey From Zanzibar to the Cape by Stephen Taylor
Stephen Taylor
Used - Very Good
Hardback
HarperCollins Publishers
1999-10-04
272
000255836X
9780002558365
N/A
Book picture is for illustrative purposes only, actual binding, cover or edition may vary.
This is a used book - there is no escaping the fact it has been read by someone else and it will show signs of wear and previous use. Overall we expect it to be in very good condition, but if you are not entirely satisfied please get in touch with us.