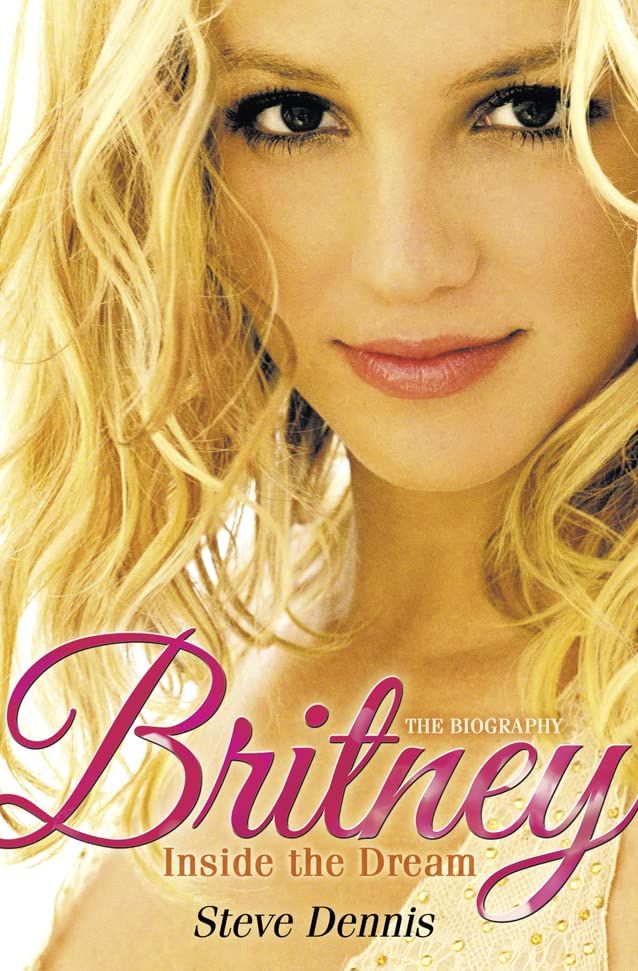 Britney Spears - the princess of pop - is making a comeback, and there isn't a person out there who hasn't heard about it. In this fully up-to-date and authoritative biography, Steve Dennis reveals all there is to know about the much-loved star.

Britney: Inside the Dream by Steve Dennis

Britney Spears - the princess of pop - is making a comeback, and there isn't a person out there who hasn't heard about it. In this fully up-to-date and authoritative biography, Steve Dennis reveals all there is to know about the much-loved star.

Hitting our radios for the first time in 1998 with '...Baby One More Time', Britney Spears quickly became a pop idol. Now, at just 27 years of age, she has racked up five number one albums, seven top-ten singles and seven sell-out world tours, as well having performed on stage with both Madonna and Michael Jackson. Just a decade after breaking onto to scene, she has become nothing short of a pop legend.

Her private life, however, has not been so easy. In 2004 Britney famously married a childhood friend at The Little White Wedding Chapel in Las Vegas; since then her personal life has seemingly been thrown into turmoil. In the last five years she has had numerous failed relationships and endured a very public divorce and custody battle - all in the full glare of the international media.

Drawing on exclusive interviews with those closest to the superstar, Britney: Inside the Dream is a engrossing portrait of fascinating star. A frank biography, with no detail spared, it reveals the real Britney Spears, like you've never known her before.

"A balanced and perceptive ride through the highs, the lows, the squeaky clean and the toxic."
Daily Record

STEVE DENNIS is an acclaimed ghost-writer who usually collaborates with celebrities on autobiographies.

The Times has said that the energy of his story-telling cannot be faulted.

Britney: Inside the Dream is his sixth book, but his first biography. His work alongside celebrities in the spotlight means that he brings a rare and fresh perspective to this American saga.

GOR010526879
Britney: Inside the Dream by Steve Dennis
Steve Dennis
Used - Like New
Paperback
HarperCollins Publishers
2010-05-27
432
0007318936
9780007318933
N/A
Book picture is for illustrative purposes only, actual binding, cover or edition may vary.
This is a used book - there is no escaping the fact it has been read by someone else and it will show signs of wear and previous use. Overall we expect it to be in very good condition, but if you are not entirely satisfied please get in touch with us.