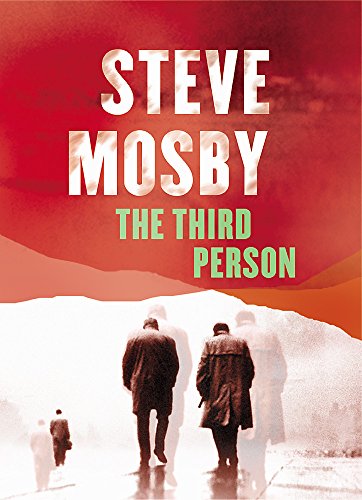 The Third Person
by Steve Mosby

The Third Person by Steve Mosby

'This isn't some kind of 'dear John' letter. I'm coming back again'. But Amy Sinclair didn't come back. That note on the kitchen table was the last that her boyfriend, Jason, heard of her. At first, he had let her have her space but as the weeks turned to months the worries had set in... and eventually he went after her.

What he found appalled him. It seems that Amy had had a secret life on the internet and had met some people she shouldn't have. And one of them took her. Now Jason sits at home and cruises the same horrific websites that she once walked through to find her kidnapper.

But when he lays a trap for a monster he meets in a chat-room he gets more than he bargained for. He finds that nothing in this story is as it seems, and that the clues lie in the mistakes of his own past...

The most extraordinary first novel I've read for a while ... I won't waste time trying to give you an outline of this indescribable near future satire, detective story and psychological horror. I'll just say that writing of this quality and orginality doesn't come along very often. - Mat CowardA thrilling good read.Adult in tone and content, it deals with lost love, the darker corners of the unmonitored web, the journey into despair of a man seking answers and the latent power of the written word ... a unique psychological read.Debut novelist Mosby has packed a complex, sometimes bewildering plot with brilliant ideas. His book is fiercely orginal, truly intriguing. This is speculative fiction at its reckless best. - Philip OakesA cracking futuristic thriller.

Steve Mosby lives and works in Leeds. His novels have been translated widely and longlisted for the Theakstons Crime Novel of the Year Award. He is also a winner of the CWA Dagger in the Library. Find out more at: www.theleftroom.co.uk.

GOR010735769
The Third Person by Steve Mosby
Steve Mosby
New Blood
Used - Very Good
Paperback
Orion Publishing Co
2018-05-17
304
1409183661
9781409183662
N/A
Book picture is for illustrative purposes only, actual binding, cover or edition may vary.
This is a used book - there is no escaping the fact it has been read by someone else and it will show signs of wear and previous use. Overall we expect it to be in very good condition, but if you are not entirely satisfied please get in touch with us.