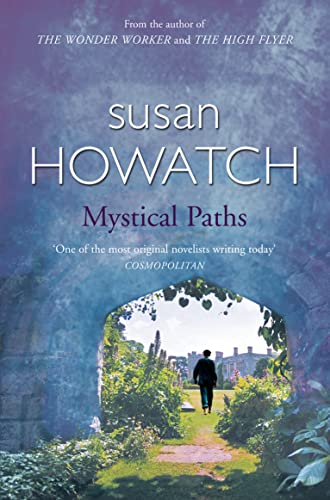 1968, with the swinging sixties sliding into decadence, finds Nicholas Darrow wrestling with overwhelming personal problems: How can he bring himself to marry his fiancee, Rosalind, when he is unable to avoid promiscuity? How can he become a priest when he finds it so difficult to live as one? And how can he break his dangerous dependence on his father Jon, whose psychic gifts he shares?
It is at this crucial moment in his life that Nick becomes involved in the mystery surrounding his friend, Christian Aysgarth. Gradually, he realises that discovering the truth about this enigmatic and complex man will unlock the answers to his own baffling problems. However, his journey through darkness into the light reverses all the old certainties and, in his experiments with the psychic powers, Nick risks even his own life and sanity.

`Arguably no one writing today can equal Howatch's ability to write compelling novels that combine theology and psychology in a complex, fast-moving plot offering beautifully delineated characters and the suspense of a mystery thriller' Publishers Weekly

`Taking on the style of a psychological thriller...Mystical Paths covers in a profound and theologically thoughtful way the powers of light and powers of darkness...Her success should not go unrewarded' Catholic Herald

'Howatch writes thrillers of the heart and mind ...everything in a Howatch novel cuts close to the bone and is of vital concern' New Woman

GOR010536238
Mystical Paths by Susan Howatch
Susan Howatch
Used - Like New
Paperback
HarperCollins Publishers
1996-04-30
480
0006496873
9780006496878
N/A
Book picture is for illustrative purposes only, actual binding, cover or edition may vary.
This is a used book - there is no escaping the fact it has been read by someone else and it will show signs of wear and previous use. Overall we expect it to be in very good condition, but if you are not entirely satisfied please get in touch with us.