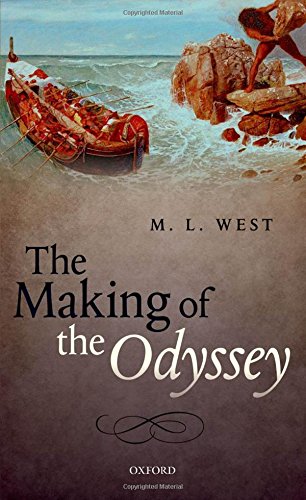 Used Price
$118.99
Free Shipping in the US
The Making of the Odyssey is a penetrating study of the background, composition, and artistry of the Homeric Odyssey, which places the poem in its late seventh-century context in relation to the Iliad and other poetry of the time.
Reviews:
Trustpilot
Like New

The Making of the Odyssey Summary

The poet of the Odyssey was a seriously flawed genius. He had a wonderfully inventive imagination, a gift for pictorial detail and for introducing naturalistic elements into epic dialogue, and a grand architectural plan for the poem. He was also a slapdash artist, often copying verses from the Iliad or from himself without close attention to their suitability. With various possible ways of telling the story bubbling up in his mind, he creates a narrative marked by constant inconsistency of detail. He is a fluent composer who delights in prolonging his tale with subsidiary episodes, yet his deployment of the epic language is often inept and sometimes simply unintelligible. The Making of the Odyssey is a penetrating study of the background, composition, and artistry of the Homeric Odyssey. Martin West places the poem in its late seventh-century context in relation to the Iliad and other poetry of the time. He also investigates the traditions that lie behind it: the origins of the figure of Odysseus, and folk tales such as those of the One-eyed Ogre and the Husband's Return.

Customer Reviews - The Making of the Odyssey

The Making of the Odyssey Reviews

This is one of the best scholarly books published this decade because it makes many new discoveries instead of repeating past findings. This book should be locatable in any public or academic library so that those reading "Homer's" texts can consider the true context behind the patchwork of stories they are appreciating. * Anna Faktorovich, Pensylvania Literary Journal *
[The Making of the Odyssey] is an important book. It offers a valuable account of the making of the Idyssey, it makes the case that we still can learn from the close readings of analytical critics, and it invigoratingly challenges 'business as usual' in contemporary Homeric studies. * William G.Thalmann, Hermathena *
This is the late work of a scholar confident in the knowledge that he has read everything his opponents can throw at him, and has a well-researched answer for all of it. * Peter Green, The Times Literary Supplement *
This is a marvellous book by a superb scholar at the height of his powers * Peter Jones, Classics for All *

The late Martin Litchfield West was a Fellow and Praelector in Classics at University College, Oxford from 1963 to 1974, then a Professor of Greek at the University of London until 1991, then a Senior Research Fellow at All Souls College, Oxford. Since his retirement in 2004 he has been an Emeritus Fellow of All Souls. HM The Queen appointed him a Member of the Order of Merit (OM) in the 2014 New Year Honours.