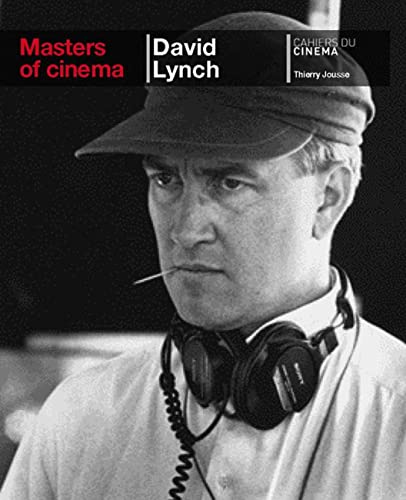 David Lynch (USA, b. 1946) is perhaps the bestknown of all cult directors, whose Mulholland Drive marks cinema's arrival to the 21st century. His career began more than 30 years ago, with the groundbreaking, mystifying Eraserhead (1977). With Blue Velvet (1986), Wild at Heart (1990) and Lost Highway (1997) Lynch breathed new life into the sensory experiences of film audiences and disrupted narrative logic to mysterious and mystifying effect. In the early 1990s he invented a new TV series genre with Twin Peaks. Although he is a Hollywood director, Lynch works at the edges of the studio system, exploring the many facets of his artistic talent, whose creations, including photography, painting and music, are now making their way into museums and galleries.

On the Masters of Cinema Series

"Modern directors are briefly and brilliantly profiled in sharp prose and smart pictures in these movie master-classes for film buffs and beginners."-Saga

"Bargain price. Does an already saturated market need yet more auteur guides? On this evidence, yes... Briskly paced, scalpel-sharp primers... The collective quality is high, the tone scholarly but not intimidating... A triumph of layout as much as content, each book glows with gorgeous on- and off-screen archive photography... Magnifique."-Total Film

Thierry Jousse was editor-in-chief of Cahiers du cinema (1989 - 96) before turning his hand to directing with Le Jour de NoA"l (1998), Nom de code: Sacha (2001), Julia et les Hommes (2003) and Les Invisibles (2005). He is the author of a book about John Cassavetes and now regularly contributes to radio broadcasts on France Inter, France Culture and France Musique.

GOR005202792
Lynch, David by Thierry Jousse
Thierry Jousse
Masters of Cinema
Used - Very Good
Paperback
Cahiers du Cinema
2010-09-30
104
2866425731
9782866425739
N/A
Book picture is for illustrative purposes only, actual binding, cover or edition may vary.
This is a used book - there is no escaping the fact it has been read by someone else and it will show signs of wear and previous use. Overall we expect it to be in very good condition, but if you are not entirely satisfied please get in touch with us.